Argonaut takes a shine to high-grade gold at Dubreuilville 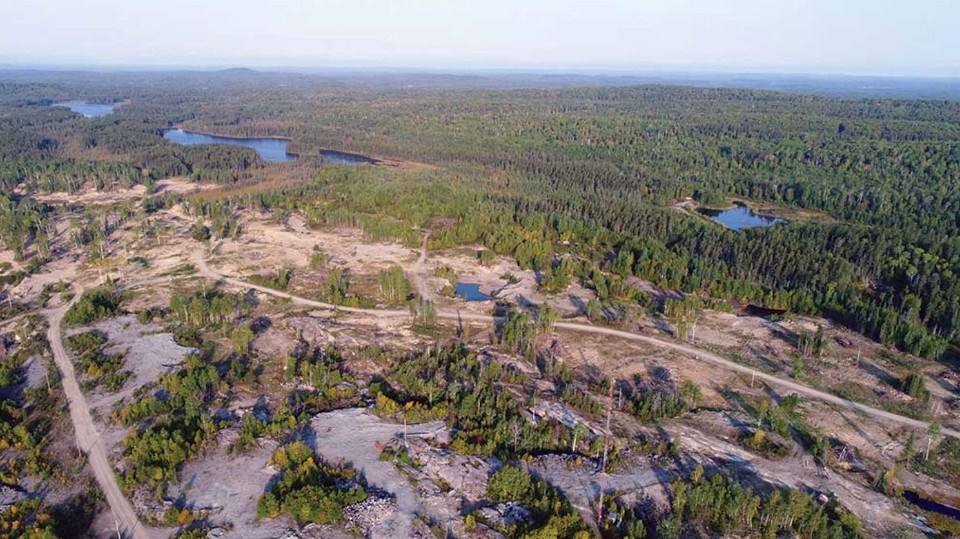 Argonaut Gold continues to find high-grade gold beside and below where it wants to carve out an open-pit mine near Dubreuilville.

The Toronto mine developer released results on Sept.16 from an exploration drill program specifically targeting high-grade mineralization near the planned pit in northeastern Ontario.

Since July 2019, the company has discovered a number of high-grade gold bearing structures trending westward from Alamos Gold's Island Gold Mine, their neighbour to the east.

Argonaut began a 20,000-metre program at Magino last March. The company recently raised $10 million in flow-through share financing, all of it earmarked for Magino exploration.

The 2,200-hectare property hosted a underground mine of the same name which was developed after the First World War.

Argonaut has the permit approvals to build an open-pit mine.

But the company hasn't settled on a date for a construction start on the site 14 kilometres southeast of Dubreuilville.

In July, the company committed $126.5 million toward developing the mine but is also looking for a joint venture development partner.

The deposit has an estimated measured and indicated 4.2 million ounces of gold with an average grade of 0.91 grams per tonne.

The initial life of the mine is 15 years but proving up additional gold resources would significantly lengthen the operating life.

Argonaut acquired the property from Prodigy Gold in 2012.

Company geologists are also looking to establish a connection between two zones of gold mineralization.

"The continuous high-grade nature of gold mineralization observed in the Elbow Zone is now also observed in the Central Zone," said Argonaut president-CEO Pete Dougherty in a statement.

"We continue to encounter high-grade gold intercepts below and adjacent to the proposed open pit, and now believe there is potential for a possible connection between the Elbow and Central Zones that we will be testing.

"We also have several other high-grade structures to test at depth within and below the current mineral resource model at Magino west of the Elbow and Central Zones."

Magino is Argonaut's only Canadian asset. The company operates three mines in Mexico and one in Nevada.