An exploration-heavy 2016 shines for Richmont 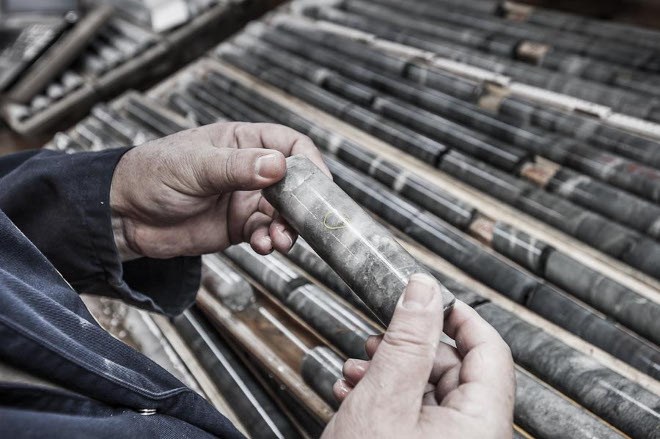 A successful drilling campaign in 2016 has led to a 34 per cent jump in reserves at Richmont Mines’ Island Gold Mine in northeastern Ontario.

The Toronto-headquartered miner reported its 2016 mineral reserves and resources at Island Gold and its Beaufor Mine in Quebec.

“Our systematic delineation drilling campaign at Island Gold during 2016 has more than offset mining depletion, contributing to the 34 per cent increase in reserve ounces and the 11 per cent increase in average reserve grade,” said company CEO Renaud Adams in a Jan. 30 news release. “Our drilling program has also successfully contributed to a 30 per cent increase in inferred resources at a 20 per cent higher grade, which is very positive, given the high rate of resource conversion that was achieved in 2016.”

The mine is located near Dubreuilville, about 83 kilometres northeast of Wawa.

At Island Gold, a total of 48,000 metres of delineation drilling was completed in 2016 in the mine’s main C Zone.

Further out, 83,000 metres of exploration drilling was done last year which identified three new inferred blocks that contributed to a 30 per cent increase in inferred resources over 2015, at an increased grade of 10.18 grams per tonne.

Plans for 2017 include delineation drilling at a depth of the main C Zone below the 1,000-metre level where a new resource block was identified last year, along with exploration laterally 300 metres east of the main deposit where two new inferred resource blocks were identified.

More exploration drilling will continue this year, targeting the area between the 1,000 and 1,500-metre levels, east and west of the new resource block, as well as eastern lateral drilling.

"Our ongoing drilling programs and accelerated underground development strategy have significantly enhanced our knowledge and understanding of the geological structure of the Island Gold deposit, which provides us with a greater appreciation of the significant potential yet to be realized,” added Adams.