The construction of New Gold’s Rainy River Mine is proving to be a huge economic boon in business spinoffs for the entire Rainy River district.
Apr 26, 2016 8:21 PM By: Ian Ross 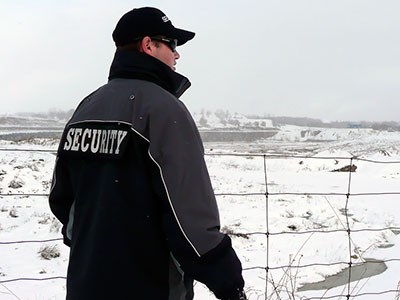 The construction of New Gold’s Rainy River Mine is proving to be a huge economic boon in business spinoffs for the entire Rainy River district.

But as with all mineral developments, it has a finite mine life – 14 years at last count

Training and building businesses for today and tomorrow is on the collective minds of three northwestern Ontario First Nation bands.

And one Aboriginally owned business venture is offering safety and security in more ways than one.

Building capacity is important for when the mineral resources do dry up, insists Tony Marinaro, director of business operations for the Naicatchewenin Development Corporation.

“We have to do it now while they’re here because once the gold is gone, everybody moves on and we’re still here. We have to make sure we’re preparing ourselves for the next opportunity that comes.”

Along with Rainy River First Nations, Naicatchewenin First Nation is a signatory to an impact and benefits agreement signed with New Gold in 2014, but negotiations for Aboriginal participation in the project began well before then.

The IBA provides financial compensation, training and job opportunities to First Nations for impacts the mining project has on their traditional territory where the project is located, about 65 kilometres northwest of Fort Frances.

“It takes away some of the political risk for the companies and gets them involved.”

In its short history, Synterra secured a contract at Goldcorp’s Musselwhite Mine, north of Pickle Lake, where they have eight full- and part-timers on the job, while 26 work at New Gold’s mine site and its accommodations camp.

About 30 per cent of Synterra’s workforce is Aboriginal.

Marinaro finds the best way for First Nations to truly benefit from resource development on their traditional lands is to identify gaps that need to be filled in sectors like mining, then strike partnerships with experts in various fields.

“How do you participate in the local economy? You’ve got to bring something to the table.”

Working with First Nations has been a rewarding experience for CSM president Scott McIntosh.

His St. Mary’s, Ont.-based company has worked in the mining industry in British Columbia and Ontario, but this is his first time teaming up with First Nations.

“It was totally brand new to me. I didn’t have a clue about any of it.”

The alliance was cobbled together at a Canadian Aboriginal Minerals Association Conference in Winnipeg.

Synterra is 51 per cent owned by the communities and 49 per cent by CSM.

The plan is to eventually transfer ownership entirely into First Nation hands at some point.

Synterra is one company in Naicatchewenin’s roster of business ventures that includes a construction outfit, an engineering firm, a water purification and filtration company, and a pharmacy with multiple outlets.

Building on their success, Marinaro said they often do outreach to get other First Nations engaged in their local economies through joint ventures.

“It makes our nations stronger if we help each other. We can help them with their startup and then walk away and have an independent business, something that they have some ownership to. That’s the bigger picture for us in paying it forward.”

McIntosh remarked that the leadership from the three communities have been “an absolute pleasure to deal with from the start.”

“They’re business-minded and they’re obviously trying to improve their communities and members’ job prospects. They’re a perfect scenario where other communities could copy and do very well.”

Unlike larger guard companies with mall and airport contracts, McIntosh said his smaller and more nimble firm is more apt to strike these kinds of niche arrangements and deliver some “outside the box” training.

Besides performing patrol services, CSM can train personnel to take on additional duties such as first aid attendants, on-site paramedics and nurses, and even handle mine rescue, depending on the client’s need.

“What we’ve been trying to do is encourage more diversity within the actual job itself,” said McIntosh.