Production, expansion at Macassa has northeast miner poised for growth in 2019 and beyond
Jan 9, 2019 11:00 AM By: Northern Ontario Business Staff 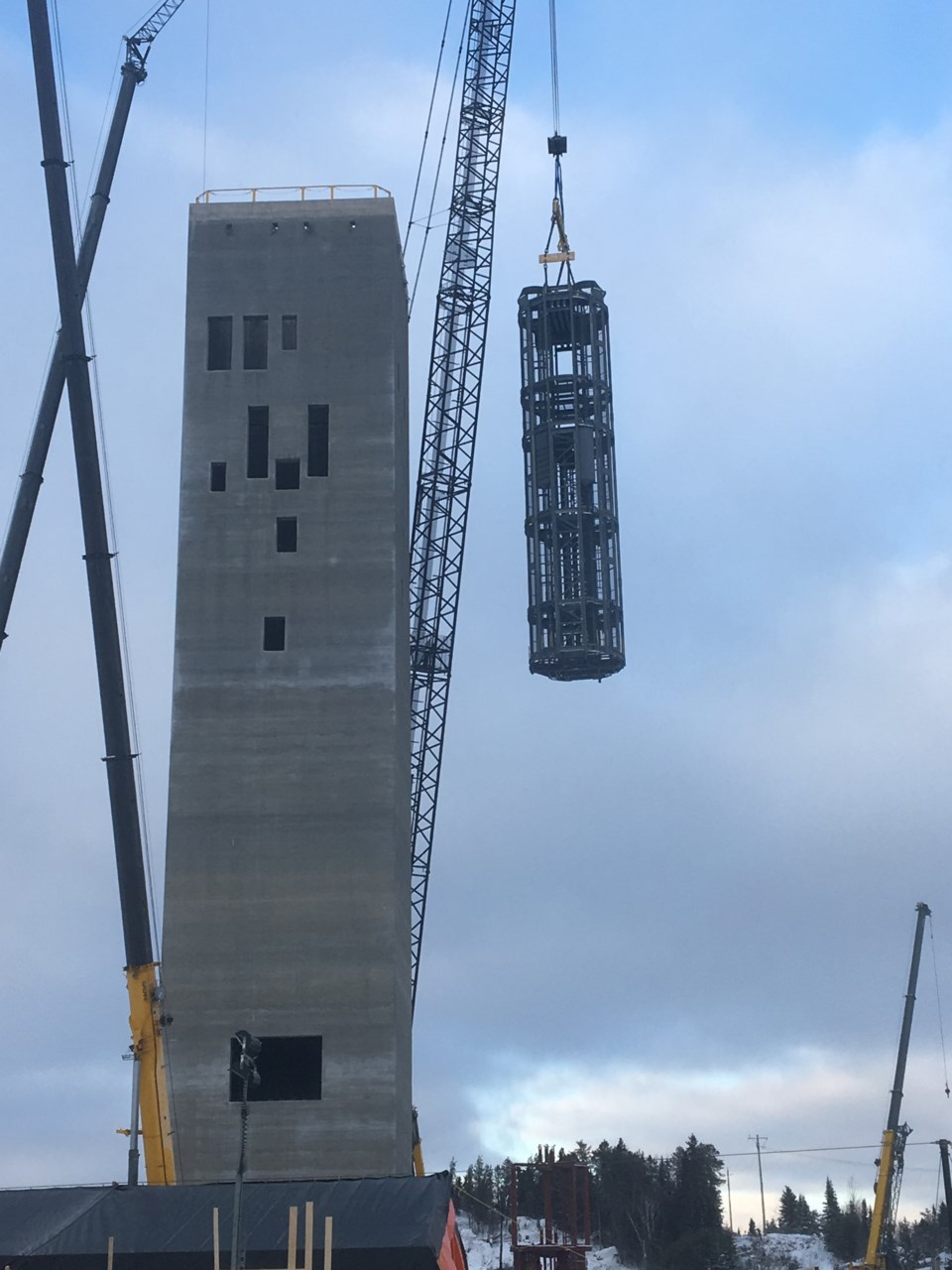 Cementation has slip-formed the headframe at Macassa Mine, and shaft-sinking infrastructure have been set into place in preparation for further development. (Supplied photo)

Kirkland Lake Gold announced record levels of annual and quarterly production from its mines in northeastern Ontario and Australia.

The Toronto-based global miner said total 2018 production at its three cornerstone mines was a record 723,477 ounces, up 21 per cent from the 596,405 ounces from the previous year.

Each of three achieved record annual production last year, including 356,230 ounces at Fosterville in Australia, 240,126 ounces at Macassa in Kirkland Lake, and 58,633 ounces at the Taylor Mine near Matheson.

The Holt Mine, also near Matheson, produced 67,770 ounces for the year.

Total production in the fourth quarter of 2018 reached 230,993 ounces, 28 per cent higher than the previous record of 180,155 ounces achieved in the third quarter of last year.

“We achieved record production of 723,477 ounces and, just as important, embarked on a program of growth that could see the company achieve a million ounces of annual, low-cost gold production as early as 2021.”

Makuch was pleased with the grade performance on many stopes at Macassa’s South Mine Complex and praised the work of his operations team in moving production to the deeper, high grade portions of the mine.

“Macassa is a very solid, consistent operation that is poised to achieve substantial production growth once our new No. 4 Shaft is completed, with Phase 1 completion on track for early 2022,” said Makuch.

North Bay mine builder Cementation is sinking the No.4 shaft, which is part of a $350-million expansion at Macassa.

The job is creating 450 jobs and will the life of the South Mine Complex by 15 to 20 years.