One more reason to stop in Blind River 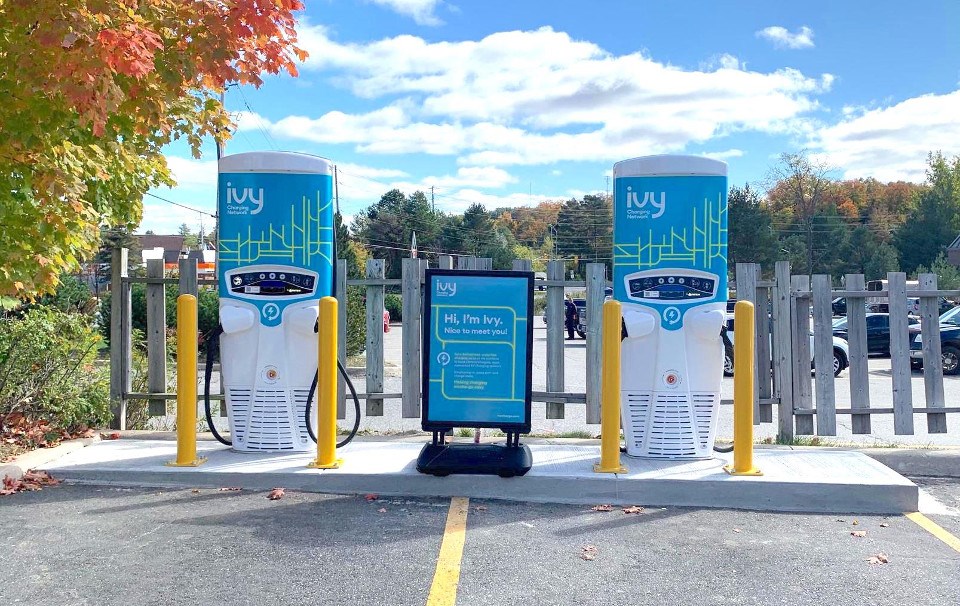 The charging stations will be at 73 locations across Ontario. The intent is to have locations less than 100 kilometres apart on average.

A Blind River charging station was opened in early February.

The Ivy Charging Network is a limited partnership with equal ownership between Hydro One and OPG.

Greenlots, a member of Shell Group, will operate and manage the network.

"This fast-charger network will create a better and brighter future through a greener transportation sector while meeting the evolving energy needs of our customers and all Ontarians," said Imran Merali, vice-president of customer service of Hydro One.

"Having delivered the world's largest single climate change action to date with the closure of our coal stations, OPG's clean power serves as a strong platform to electrify carbon-heavy sectors like transportation," said Theresa Dekker, OPG's vice-president of corporate business development and strategy.

Natural Resources Canada, through its Electric Vehicle and Alternative Fuel Infrastructure Deployment Initiative, provided an $8-million loan to Hydro One and Ontario Power Generation to help build the network.

Calling all dreamers: submit your design ideas for Sudbury’s urban core
Jun 11, 2020 4:16 PM
Comments
We welcome your feedback and encourage you to share your thoughts. We ask that you be respectful of others and their points of view, refrain from personal attacks and stay on topic. To learn about our commenting policies and how we moderate, please read our Community Guidelines.