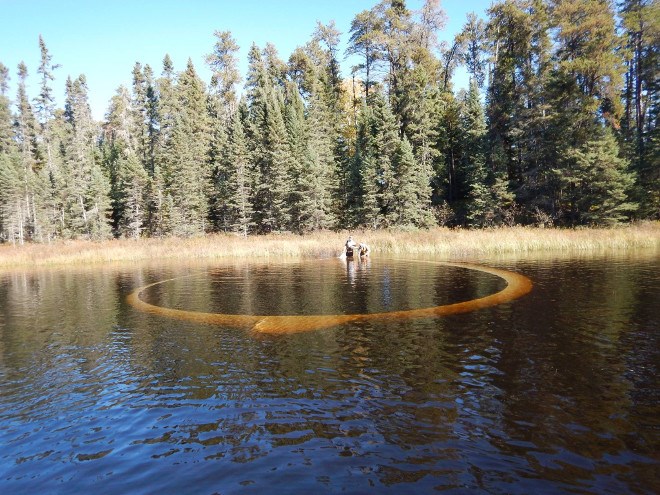 The Experimental Lakes Area in northwestern Ontario landed $40,500 in federal funding to hire an architectural firm to build a Water Science Education and Training Centre.

In announcing the FedNor funding, a June 24 news release from Kenora MP Bob Nault called this new construction a “knowledge-based, eco-tourism opportunity” for the region. The centre’s design will adopt principles of clean energy and green technology, and will reflect Indigenous teachings, culture and values.

The federal funding follows on heels of $2 million in provincial money announced in May for ongoing research programming and the centre’s construction.

Located 50 kilometres southeast of Kenora and operated by the International Institute for Sustainable Development (IISD), based in Winnipeg, the ELA is an outdoor lab comprised of 58 lakes spread out over 27,000 hectares.

Established in 1968, it is the only place in the world where scientists can perform research and manipulate water bodies to build an accurate picture of the impact of human activity on freshwater lakes. Among the ELA’s more noteworthy research was a 1970s study on the impact of acid rain in freshwater environments.

“IISD Experimental Lakes Area is the world’s premier freshwater laboratory and the only place where scientists can conduct research on whole lakes to determine the impact of human activities and pollutants,” said Jane McDonald, IISD president-CEO in a news release.

“In a time of increasing population and climate changes, the unique and ground-breaking research at IISD-ELA is more critical than ever. The construction of our Water Science Education and Training Centre will help us further our research and advance our understanding of aquatic ecosystems, while welcoming and educating local communities on the health of fresh water,” said Matt McCandless, executive director of IISD Experimental Lakes Area.

“Projects such as this will help unleash the potential of new technologies for the benefit of all Canadians,” added Kenora MP Bob Nault.