A farmers’ co-op, greenhouses to accommodate large-scale sustainable crops, an online farmers market: the range of ideas proposed by stakeholders to grow Timmins’ agri-food sector is vast and creative.
0
May 5, 2015 1:52 PM By: Lindsay Kelly 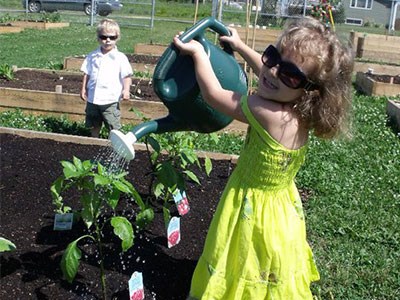 A farmers’ co-op, greenhouses to accommodate large-scale sustainable crops, an online farmers market: the range of ideas proposed by stakeholders to grow Timmins’ agri-food sector is vast and creative. But they’re just the start of what could be an agricultural renaissance for the community.

In January, stakeholders and community partners gathered for Talking Local: A Collaboration on Local Food in Timmins, which was spearheaded by the Timmins Economic Development Corporation (TEDC) and led by My Sustainable Canada, a southern Ontario-based organization with experience with local food systems and supply chains.

Antoine Vézina, the TEDC’s community development consultant, said this is the first step Timmins is taking towards growing its agricultural sector, which has been outlined as a city priority over the next three years.

“Farming was extremely popular back in the 1960s,” Vézina said. “(Timmins) was a highly populated agricultural zone, but we’ve moved away from that as jobs became better paying in the mining industry.”

But the trend is now shifting to embrace the community’s agricultural heritage again.

“It was just really to get as many different stakeholders around the table to share ideas, understand their barriers, their difficulties and some of the assets as well, so that we can work together and collaborate on a brighter sustainable food system, not only in Timmins but in the region,” Vézina said.

Some of the resulting ideas were more viable than others, while some are already in play and just require more promotion to raise awareness, he noted.

A co-op is a great idea, for example, but would likely need collaboration with other communities to build up membership, Vézina said. Meanwhile a local producer, Radical Gardens, has had success over the last two years with an online farmers market, something that could potentially be expanded to include other producers.

The important outcome, Vézina said, is that the conversation around food sustainability has started and partners across northeastern Ontario are coming together to make that conversation happen.

“We have to work with regional partners,” he emphasized. “Timmins is fairly small, and the agricultural population is small, but it is growing. We can complement each other by working with other farmers in other municipalities.”

In particular, he envisions collaboration with communities in the Cochrane district: Kapuskasing, Smooth Rock Falls, Cochrane, Matheson, and Hearst. Timmins is already working closely with the Northeast Community Network’s agricultural arm, as well as organizations like the Eat Local co-op in Sudbury and the Rural Agri-Innovation Food Network (RAIN) in Sault Ste. Marie.

“We’re really trying to work together in the North to build a successful food system,” Vézina said.

Most of Timmins’ current producers farm on a small scale, selling their wares at the city’s two farmers markets. But Vézina points to Haasen Farms, a Timmins dairy farm currently celebrating its fifth decade in business, as a “champion” for the industry and a model for up-and-coming
producers.

Environmental groups going to court over Temagami Forest
Feb 10, 2020 3:31 PM
Comments
We welcome your feedback and encourage you to share your thoughts on this story. We ask that you be respectful of others and their points of view, refrain from personal attacks and stay on topic. To learn about our commenting policies and how we moderate, please read our Community Guidelines.