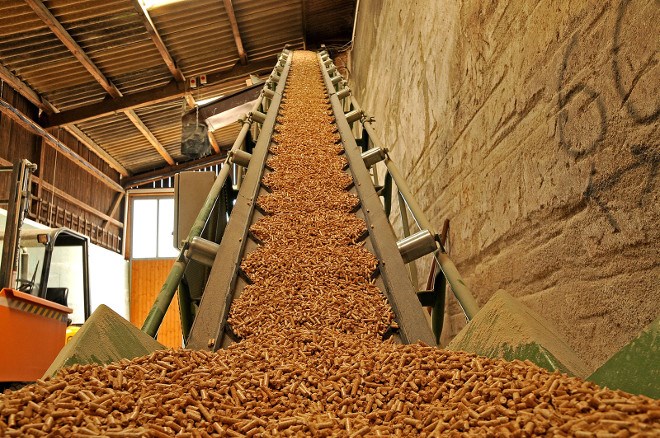 A Chapleau forestry contractor is buying a northwestern Ontario industrial pellet mill that is feeding the Atikokan Generating Station.

A numbered company (2607043 Ontario Inc.), affiliated with True North Timber signed an asset purchase agreement on Dec. 11 to buy the Atikokan mill which was put for sale by debt-ridden Rentech last fall.

It appears California-based Rentech’s biomass odyssey in Northern Ontario has come to an end.

With $65.3 million in secured debt, the pellet and wood chip producer has filed Chapter 11 bankruptcy in the U.S. to sell off its North American assets and wind down the company.

The company operated wood pellet mills near Atikokan and Wawa.

The Wawa mill was idled last February due to chronic mechanical problems and the cost associated with fixing it.

Rentech has applied to the Ontario Superior Court of Justice for the appointment of a receiver and manager to sell or liquidate the mill.

Also on Rentech’s case is the Northern Ontario Heritage Fund, which is demanding repayment of a conditional grant to the tune of $2.5 million.

With provincial funding help, Rentech renovated the Wawa facility to be an export mill designed to produce and ship pellets to Drax, a United Kingdom utility company.

Unable to make good on its contract, Rentech finally reached an agreement with Drax last October to terminate their agreement.

The Los Angeles-headquartered energy company made its first big splash in Northern Ontario in 2011.

The proposed $100-million Olympiad project had ambitious plans to make jet fuel made from biomass.

A 1.1-million cubic metre annual allocation of Crown wood was delivered through the province’s wood competition.

Two years later, Rentech decided to drop the whole idea and instead picked up the former Atikokan Renewable Fuel Mills and the shuttered Weyerhaeuser oriented strand board mill outside Wawa.