A forestry workers union head said there’s a plethora of well-paying mill jobs to be had in northwestern Ontario, but many employers are struggling to find skilled jobs to fill them.
Aug 25, 2015 7:30 PM By: Ian Ross 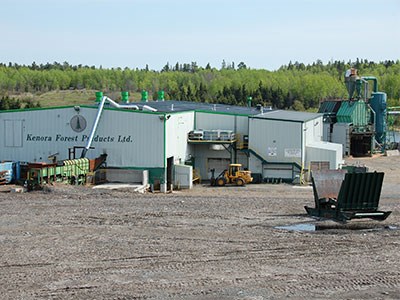 Kenora Forest Products needs to fill 80 positions at the northwestern Ontario sawmill to build a workforce of 110 in preparation for a fall restart.

A forestry workers union head said there’s a plethora of well-paying mill jobs to be had in northwestern Ontario, but many employers are struggling to find skilled jobs to fill them.

“We’re hearing it all across the district that there’s definitely a lack of qualified tradespeople that are available to be hired,” said Stephen Boon, the national representative for Unifor, based in Dryden.

As the forest industry rebounds and sawmills start reopening, company recruiters have opening in the skilled positions that pay in the $40 an hour range, but there simply aren’t the bodies available locally to fill the positions.

It’s result in forestry companies reaching outside of the region in hoping to tap a transplanted pool of northwestern Ontario workers who’ve migrated to jobs in Western Canada.

“Before you’d have a stack of resumes in the office and you’d bring in a few for an interview,” said Boon. “Now it’s getting to the point where they’re reaching further into Winnipeg and northwestern Ontario with ads in papers. They’re spending more time and money recruiting than ever before.”

With Kenora Forest Products idled for seven years, Unifor and the company negotiated a six-year labour agreement for licensed trades that saw a pay increase by 36 per cent to almost $36 an hour by the contract’s final year. As a recruiting sweetener, that deal was amended in July to tack on an extra $5 to bring the total pay increase to a shade under $42 an hour.

Similar wage agreements are in place at other mills in the northwest, he said, but the struggle to fill positions continues.

Already he didn’t have any statistics to illuminate the shortfall, Boon said, he’s getting a common message from union reps across the region.

“Anecdotally, they’re telling us that probably two-thirds of the companies we deal with, from Thunder Bay to the Manitoba border, they don’t have the people. There are positions that are going unfilled and if people showed up with a trade ticket, they’d be hiring right off the street.”

Boon said production floor workers can be trained in relatively short order. But with an electrician, it takes a minimum of four years to be certified to handle all aspects of the job.

Now with a flurry of sawmill restarts in Kenora, Ear Falls, Ignace, Atikokan and White River, and a limited pool of skilled workers to draw from, he expects companies will be recruiting against one another.

“Millwrights and electricians are the big priorities for us. They’re critical to us operating.”

In preparation for a fall restart, Prendiville is spending millions on a mill modernization with an additional sawline and state-of-the-art planer mill.

Construction delays may push a production start back into late October or early November, which may be a blessing in disguise. In early August, Green said he needed to fill 80 positions to bring Kenora Forest Product’s workforce up to its full complement of 110.

Other positions to be filled include saw filers, oilers, mobile machine operators and general labour.