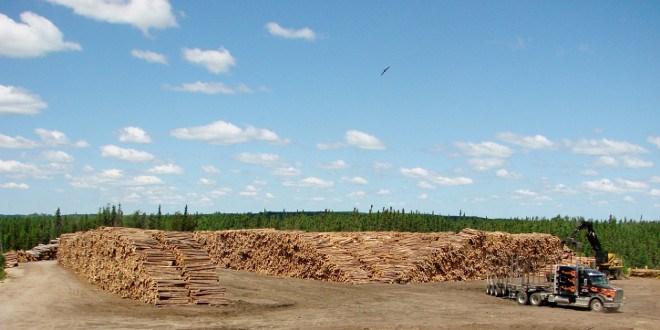 Northern and rural mayors say the Ontario government is reneging on a promise to consult with them on proposed policy changes surrounding legislation to protect species at risk.

The municipal groups say the Ministry of Natural Resources and Forestry (MNR) is preparing to post online a draft version of the Species at Risk guide to the Environmental Registry for 28 species.

The registry is supposed to provide a forum for the public to comment on government proposals and decisions.

But the mayors say, based on past experience, once a proposal is posted, often there’s “little change” in policy.

The issue goes back to 2007 when Queen's Park first unveiled the Endangered Species Act (ESA) which became a lightning rod that rankled industry groups and Northern municipalities.

Community and forestry leaders viewed the legislation back then as ruinous to the North’s economy, fearing that the ESA would involve the introduction of a costly permitting system that would hold industry to an impossible standard.

They argued that the Crown Forest Sustainability Act already provides adequate protection for species at risk and habitat protection.

After consulting with forestry stakeholders, the MNR introduced more industry-friendly rules in 2013, granting a five-year exemption to sectors like forestry while the government worked out a way to “harmonize” the two pieces of legislation.

The mayors said in the news release that the ministry has never carried through on its commitment to create a stakeholder panel.

The ESA exemption has since been challenged in court by environmental groups, who argue that man-made activity, such as logging, threatens caribou habitat and has pushed endangered species to near extinction.

In an Aug. 3 release, the mayors insist the Crown Forest Sustainability Act provides balance in protecting species at risk while taking into consideration industry’s objectives for the forest.

They say the Endangered Species Act only focuses on individual species and protecting their habitats.

FONOM president and Kapuskasing Mayor Al Spacek had harsh words for the government’s plans to post the draft without consultation, saying forestry jobs are on the line if Queen’s Park forges ahead with the “proposed prescriptions for the 28 species.”

“The Ontario government’s commitment to consult with municipalities has been insincere, especially given how detrimental this would be for so many of our communities.”

Kenora Mayor Dave Canfield, past president of NOMA, said municipal leaders have constantly petitioned the ministry to conclude and share a socio-economic impact analysis on all government policy that impacts forestry.

“The ministry has conducted analysis for caribou, and the analysis clearly shows that mills will close. This will decimate the forestry industry and put families who rely on this employment in a serious position.”

ROMA chair and Rideau Lakes Mayor Ron Holman called the Ontario government’s plan to post this guideline “misinformed” and is a “complete reversal” of Queen’s Park commitment to consult with municipalities on this matter.

“The detrimental effect on forestry, farming, and other industries is obvious.”

First Nation groups have also weighed in over the MNR’s lack of “meaningful consultation and accommodation” in policy development.

Chiefs from the Robinson Superior Treaty and Treaty #3 said the lack of information on the government’s policy proposals to the ESA could be “devastating” to First Nation communities and local economies.

Robinson Superior Regional Grand Chief Pierre Pelletier finds it “appalling” that the ministry hasn’t done an adequate job of consultation on policy changes that could be “catastrophic” for First Nations.

“I am outraged at the lack of respect and honour of our treaty nations,” Pelletier said in an Aug. 8 news release.

Red Rock Chief Edward Wawia said his community has made significant investments in the forest sector that generates wealth, creates many jobs, and puts communities on the path toward sustainability.

In the spirit of reconciliation, he said the ministry is “pushing these policies” without regard to the economic consequences.

“These policy proposals threaten our future and I will not accept it.”

Should the government pass policy allowing caribou to flourish, Kiashke Zaaging Anishinaabek Chief Wilfred King wants assurances that it will not impact the area moose population, “a traditional food source for our people.”

“The government has unilaterally defined the endangered species and created caribou range and prescriptions within my immediate territory without our knowledge or consent. I will not stand for that, neither will my members.”