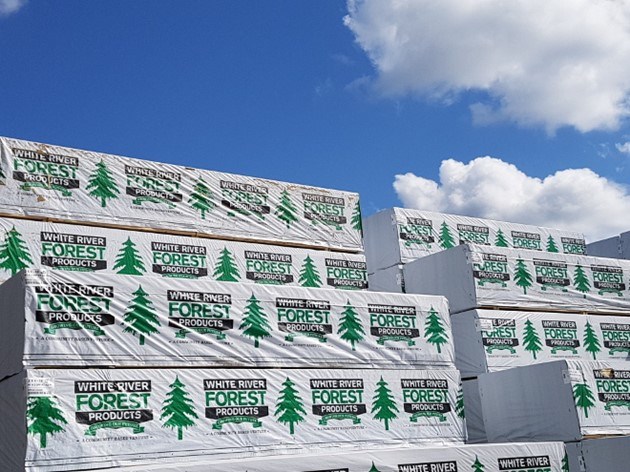 WRC Timber (WRC) has put new leadership in place to manage its sawmill and harvesting operations in White River and Hornepayne.

Lauzon took over on Jan.21. The operation had been without a mill manager for six months.

"He has the drive and passion to unify the team and lead it towards efficiencies now crucial with current lumber prices."

WRC Timber is a privately-owned company, founded and chaired by Frank Dottori, with a majority stake in the two operations and a co-generation plant in Hornepayne.

Lauzon is regarded as a “seasoned forestry professional and experienced industrial manager” known his efforts at driving continuous improvement and his knack for teambuilding.

He recently worked as the area and operations manager for LafargeHolcim in Northern Ontario.

Lauzon is a graduate of Sault College with forestry technician and welding engineering technology degrees.

Merling worked as a first-class power engineer at the former Essar Steel Algoma (now Algoma Steel) plant in Sault Ste. Marie. He oversaw the cogeneration and combined cycle power plant. Before that he worked at the former St. Marys Paper and GP Flakeboard in the Sault.

"Rick now has responsibility for all functions on site including the cogen facility and the saw mill," said Wyszkowski. "He is also our chief operating engineer for Hornepayne Power."

"Gerard is a wonderful addition to the team," said Wyszkowski.

"He is a strong and affable leader, and we look to him to ensure that White River Forest Products, Hornepayne Lumber, and Hornepayne Power are supplied with the required fibre volumes and quality at a competitive cost."

Before that, he did a four-year stint with Resolute Forest Products at the now-demolished mill in Iroquois Falls.

Morry first cut his teeth in the industry with AbitibiBowater in his native Newfoundland where he worked his way up the ladder from silviculture foreman to superintendent of the woodlands and mill divisions.

Wyszkowski is a new addition as well, having taken over the presidency of WRC on Jan. 1 from Dottori, who resigned to serve as chairman of the company.

Funding available for Canada's Indigenous forest sector
May 6, 2021 11:00 AM
Comments