A new model for allocating Crown timber supply along the northeast­ern shore of Lake Superior went into effect in April. In March, Marathon's Daryl Skworchinski was appointed chairman of the Nawiingi­nokiima Forest Management Corporation .
0
May 8, 2013 5:18 PM By: Ian Ross 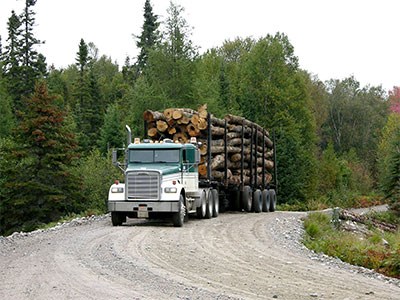 A new model for allocating Crown timber supply along the northeast­ern shore of Lake Superior went into effect in April.

In March, Marathon's Daryl Skworchinski was appointed chairman of the Nawiingi­nokiima Forest Management Corporation. Serving with him on the board is Grant Good­win, Donald Fry, Raymond Boudreau, Tina Forsyth, and Gaétan Malette.

Skworchinski, who works for Confedera­tion College, is the former economic develop­ment officer for Marathon, one of the com­munities in the corporation's coverage area.

Skworchinski expressed confidence that the corporation will have full autonomy to make decisions on allocating fibre while respecting commitments that have made to area mills.

He said a great catch for the corporation is the ability to retain stumpage fees on harvesting from the management units that it oversees.

Skworchinski said that could eventually prove to be in the tens of millions of dollars with the rebound in the forestry industry.

He said that money could be earmarked to assist companies in studying ways to cut their operating costs through industry-fo­cussed post-secondary research or possibly supply chain development similar to what supports the mining industry.

Skworchinski, who works as a north shore campus director at Confederation College, would like to “bring the cool back to forestry” by inspiring local youth to consider careers as foresters and forest techs.

“There’s a real depth of diversity that we have the ability to reinvest those funds into. It’s really going to be at the discretion of the corporation and board on what they choose to do.”

The corporation will have an interim gen­eral manager in place – on loan from the Min­istry of Natural Resources – until a perma­nent hire is named in October.

The board, which meets every two weeks, will spend the next few months putting to­gether its organizational framework on pa­per and outlining its goals and visions in a strategic plan.