Kenora Forest Products up for sale 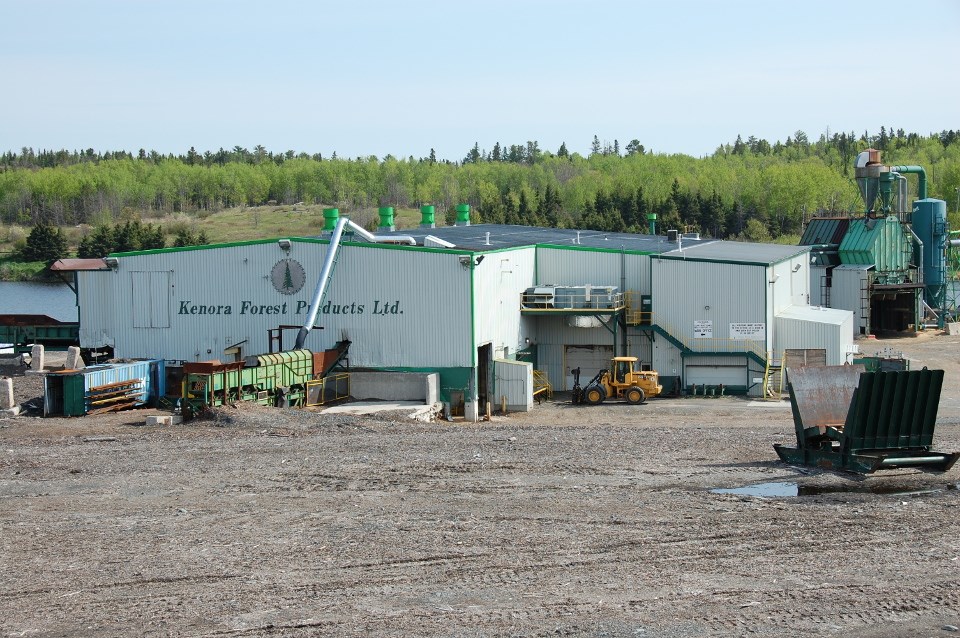 Kenora Forest Products shown in a 2009 file photo, a year after its shutdown.

The insolvent owners of Kenora Forest Products have placed the northwestern Ontario sawmill on the selling block.

Prendiville Industries, the Manitoba-based parent company of the mill, filed for bankruptcy, Dec. 5.

A process has begun to sell the operation to new ownership to restart the mothballed mill or liquidate its assets if nothing materializes.

The Kenora mill was the last operating asset of the privately-held Winnipeg-headquartered company.

Prospective buyers must submit qualifying offers by Feb. 14. The closing deadline for a possible sale is April 3.

The mill’s primary product is building studs, much of it sent to American customers.

During times of peak production, the sawmill employed 145.

After a recent round of layoffs involving 113, the mill workforce was reduced to nine and production was shut down. The only product moving out of the Lakeview Drive mill across the border came from inventory.

The 13-page list of unsecured creditors totals more than $28.7 million.

Prendiville intends to use proceeds from the mill sale to pay off its debts and put forward a “viable proposal to its unsecured creditors.”

Prendiville acquired the mill in 1994 and operated at full production for 14 years until the U.S. housing market crashed in 2008.

The mill was shuttered until reopening in 2015 when lumber demand improved.

But things started to unravel with the imposition of U.S. softwood lumber duties in the spring of 2017, costing the company $9 million in duty payments.

In December of that year, Kenora Forest Products’ two main kilns were destroyed by fire, hampering production at a time when lumber prices were at an all-time high.

A new $4.3-million kiln was installed and operating by the fall of 2018 just as lumber prices began to tank. Lumber prices through 2019 remain depressed.

In an affidavit, company president Maureen Prendiville said money from the sale of one its Manitoba operations was used to support the Kenora mill with the expectation that prices would recover in 2019.

“Prices have not risen and softwood lumber duties have continued to be applied,” she stated.

“In the results, (Prendiville Industries’) expectations of an improving market have not been met, its working capital has been depleted and (Prendville) has not been able to meet its financial obligations generally as they have become due.”

Agoke Development Corporation is a forestry champion
Feb 27, 2020 11:35 AM
Comments
We welcome your feedback and encourage you to share your thoughts on this story. We ask that you be respectful of others and their points of view, refrain from personal attacks and stay on topic. To learn about our commenting policies and how we moderate, please read our Community Guidelines.