KBM heads to the clouds

In the fall of 2010, KBM Resources had a boneyard of forestry equipment sitting in the weeds behind its Mooney Avenue offices in Thunder Bay .
Sep 13, 2013 5:45 PM By: Ian Ross 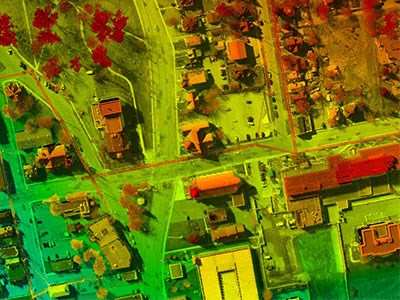 Thunder Bay's KBM Resources has invested heavily in new LiDAR aerial technology to deliver a wider range of resource planning services to a more diversified client base in the northwest.

In the fall of 2010, KBM Resources had a boneyard of forestry equipment sitting in the weeds behind its Mooney Avenue offices in Thunder Bay.

The forest industry across Canada was in freefall and the company was trading in its skidders and scarifiers for three light aircraft and new high-tech toys.

The company hired a business development manager and decided to start marketing themselves for the first time.

Managing partner Laird Van Damme admits the art of good salesmanship remains a skill that's been challenging to master despite all the “technocratic foundations” they possess.

“As KBM has grown and diversified, moving from a marketplace where we knew all the players in forestry and they knew us, to one where we've got a broader array of products, sectors and customers, the art of selling is still something we're working on.”

Turns out their smorgasbord of technical bush skills in forest management, aerial photography and GIS mapping were easily transferrable to project planning for clients in the mining, utility and renewable energy fields.

Last spring, the company purchased a $1 million Trimble Harrier LiDAR system to beef up its arsenal of digital camera systems and imaging technology.

KBM has been working with LiDAR (light detection and ranging) since 2006, but Van Damme calls this system the “latest and greatest” available.

LiDAR is a remote sensing technology that is used to produce high resolution wide scale maps in forestry, urban mapping, geomatics, and as a planning tool for powerline corridors, road building, or monitoring gas pipelines.

On the mining side, it can be utilized to make very detailed digital elevation models used by engineers to plan their building placement at mine sites.

The beauty of this system, he said, is that it's integrated with both a laser scanner and the digital frame camera, allowing them to have both picture and the data sets for 3-D modelling, something that wasn't offered in previous systems.

“Usually you had to fly separate missions.” KBM has made another technology oup by acquiring the Canadian distribution rights for Hawkeye UAV, a New Zealand unmanned aerial vehicle company.

The 12-pound, hand-launched aircraft comes with a Sony NEX camera with a wide angle survey lens. “It collects the same data as our aircraft but at higher resolution,” said Van Damme.

At a $100,000 apiece, Van Damme anticipates selling UAVs to engineering and survey firms.

“This would allow them to capture their own aerial photography without owning aircraft.”

The UAVs work best for “small footprint jobs” such as weekly or monthly monitoring of a chip pile at a pulp mill.

KBM expects to take possession of their own UAV as early as this fall and expects to hold field trials next spring.