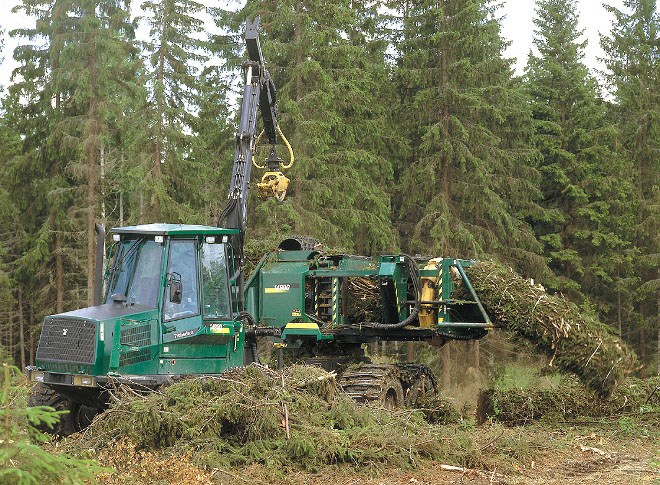 Rolling out a strategy to better utilize the forest to combat the high price of heat and power may seem like it’s been stuck in neutral, but Dawn Lambe explains Northerners will start to see tangible results this fall.

“We’re finally at the point where the doors are opening on biomass,” said the executive director of the Biomass North Development Centre.

Her North Bay-based advocacy group intends to create a buzz this fall when they identify 13 “sweet spot” demonstration projects at their annual general meeting and conference in North Bay, Oct. 24-26.

Lambe said each project will be supported by a working group to put together the pre-feasibility analysis and pre-technical design with a bankable business plan at the end that any financial institute, Aboriginal economic development fund or Scandinavian investor would want to fund.

“We’ll be taking these projects to the point where they’ll have a bulletproof business case, they will have the environmental compliance and the provincial government will to make it happen.”

While much of the criticism levelled at Queen’s Park has focused on the price of electricity, the dialogue should really be about heating, she said. “Our heating costs are freaking ridiculous.”

Instead of exporting wood pellets to Europe and trucking in liquid natural gas to communities, Lambe said the solution is in Northerner’s backyards. “There are opportunities. It’s just a matter of looking at it uniquely.”

The North has an abundance of available power, but it’s saddled with outdated transmission infrastructure.

Instead of relying “on a long wire from the Bruce Nuclear plant,” Lambe said wood-fired co-generation plants can be used to establish community micro-grids “to island themselves from the provincial grid.”

Groups like the Ontario Sustainable Energy Association (OSEA) are looking at long-term battery storage and a net metering solution is being developed for the province right now.

Biomass is not completely off the province’s radar but it hasn’t received the same premium government incentives as the wind and solar industry.

Southern Ontario agricultural biomass projects have been heavily subsidized, thanks to effective lobbying, and combined heat and power projects generated from municipal solid waste have gotten great traction as well.

“It’s the forest biomass that has been the most problematic,” said Lambe. “Our voice is not loud enough to be heard south of Barrie…and the vast voice of the voter sees our Northern forest as this pristine reserve.

"The thought of cutting trees to make energy is anathema to them. If I compare a litre of oil, and its carbon footprint, versus a kilogram of wood, and how quickly we can regenerate it, it basically becomes a matter of education and we’ve been working with OSEA to get that message out.”

Lambe bluntly admits it’s been a tough sell to convince the government that forests are sustainable, but she feels they’re finally making headway.

Their ace in the hole is their partnerships with First Nations, who are saddled with diesel generation problems in powering their communities, are asserting their jurisdictional authority over natural resources, and want economic growth and value-added jobs.

“They’re huge partners and we’re using that voice at the Ministry of Indigenous Relations and Reconciliation for (Minister David) Zimmer to push his cabinet colleagues and make it a First Nations issue, not just an energy issue.

A big reason why the bioeconomy seems stalled is because large industry players have locked up a majority of the Crown fibre supply, all secured by the province’s forest tenure system, she said.

“If you’re a small commercial operator, you don’t have the capacity or knowledge to work the political side to get approval for your project or gain traction.

“It’s been a whole bunch of little voices peeping independently in the wilderness, and I think our association is finally starting to bring them together with a common voice and a common message.”

Lambe planned to meet with Energy Minister Glenn Thibeault's staff in early October to ensure forest biomass energy is included in the Climate Change Action Plan, and spell out to them the political and economic risks if it’s not.

Besides making the rounds with cabinet staffers, Lambe was invited to participate in Greenbank Development Table, the organization that will distribute the cap-and-trade monies to various sectors to trigger the reduction of greenhouse gas.

“One thing we’re advocating for are incentives for people to swap out fossil fuel furnaces and boilers for biomass-based ones, and to develop the local entrepreneurship.”