When Lorne Morrow took the job as CEO of the Centre for Research and Innovation in the Bio- conomy (CRIBE) in December 2009, it was the bleakest of times in the forestry industry .
Jul 26, 2012 3:06 PM By: Ian Ross 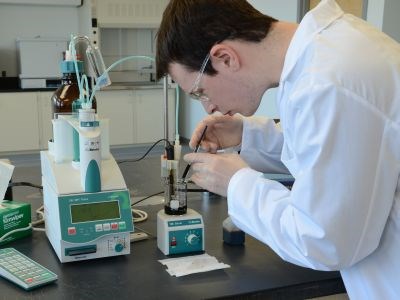 When Lorne Morrow took the job as CEO of the Centre for Research and Innovation in the Bio- conomy (CRIBE) in December 2009, it was the bleakest of times in the forestry industry.

Launched by the Ontario government, there were sky-high expectations placed upon the Thunder Bay organization to create the next generation of forest projects and jobs built around finding the most innovative ways of using wood fibre and forest biomass.

Based at Confederation College, Morrow was frustrated early on by the lack of industry buy-in, but the former Norampac mill manager and 30-year industry veteran was also realistic about the tenuous state of the industry.

“People were naive to think that when you've lost 80 per cent of your forest industry across the northwest – 50 per cent across the province – that you really think (companies) are going to step out and take additional risk?”

Understandably, there was skepticism about the unproven biomass market, but there's been a gradual shift in thinking among companies that, to have any longevity, they must evolve into something new.

With less than a year to go on its four-year mandate, CRIBE is starting to churn out some impressive projects. Last spring, CRIBE's $6 million investment helped leverage a larger $14-million partnership between Battelle, a private R & D institute, and Domtar to use the Dryden pulp mill as a technology test bed to convert wood waste into bio-oil.

In May, CRIBE teamed up with Magna International to invest $1.3 million on a research project to come up with a process to integrate wood fibre into the making of auto parts.

Once regarded as a waste material in the pulping process, lignin has great potential to be a feedstock chemical for adhesives, bio-based polymers and auto part composites.

With a $25-million budget, CRIBE's goal is to help deliver new value-added projects to the pre- commercialization stage, then let private enterprise take over.

“We don't financially support off-theshelf products,” said Morrow. “We de-risk new technology. That is our role and it's a very narrow one.”

CRIBE funds up to 50 per cent of a project in either grants or loans. The proponent must provide 25 per cent in cash, with the rest coming from either in-kind contributions or other funding sources.

What usually separates the pretenders from the contenders is if a company or entrepreneur applicant is willing to invest their own money.

CRIBE's gatekeepers are its experienced volunteer board of directors, chaired by Tembec founder and retired president Frank Dottori.

“We've got a dynamic board that has certain principles by which they run and that's been the real enjoyment for me.”

Morrow said the mix of industry and research people acts as a great counterbalance during application evaluations.

“The projects that we're supporting have been well thought-out.”

In three years, Morrow estimates CRIBE has created about 60 jobs across Ontario, but mostly it's about maintaining hundreds of mill jobs in Northern Ontario.

“It's definitely been a growth experience coming from a pure research environment. Working with Lorne has been a real eye-opener in how projects can actually move and be successful in the working world.”

Morrow hopes by the end of CRIBE’s mandate in March 2013, there will be two “marquee” projects, worth about $5 millon each, in the hopper; plus another three or four of $1 million to $3 million each. Whether the organization has an extended shelf life depends on whether the province determines there's been enough value created and if there are enough projects in the pipeline to keep the momentum going.

“I think the government is appreciative that CRIBE didn't waste money, and has been lean and efficient,” said Morrow.

“CRIBE's run pretty efficiently with two people and a volunteer board, and we have a stable of projects coming online with a business model that makes sense.”