The committee will serve as a focal point for collecting new ideas on developing the remaining land along the waterfront.
Jul 22, 2021 2:00 PM By: Doug Diaczuk 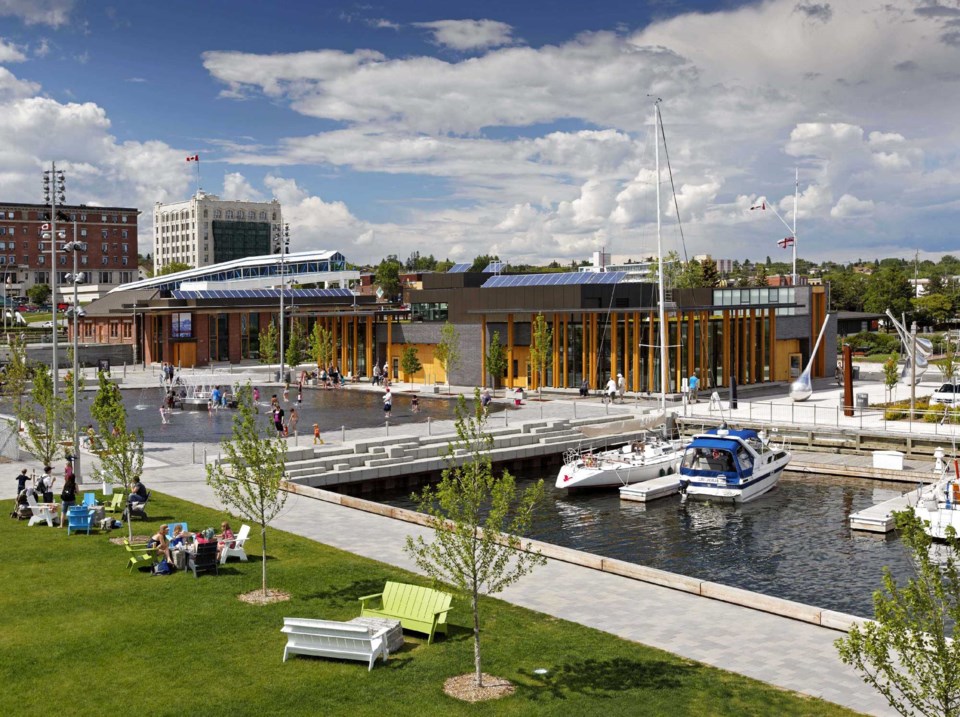 A new waterfront development committee similar to the one responsible for the revitalization of Prince Arthur’s Landing will be created to offer a means to collect ideas on improving the remaining 52 kilometres of shoreline, but its return was not without opposition from some members of city council.

A motion was brought forward during the July 19 Thunder Bay City Council meeting by Red River Ward Coun. Brian McKinnon to accept the terms of reference first presented to council on June 14, 2021 for the waterfront development committee to be approved and to direct the city clerk to begin the recruitment process.

When speaking to the motion, McKinnon said he has received numerous calls from people interested in the committee and sharing input on ideas for improving sections of the waterfront, including a proposed trail system to Mission Island.

“They are not quite sure who to talk to. They are not sure if they talk to engineering or planning or realty,” McKinnon said.

During initial discussions on the motion, Thunder Bay Mayor Bill Mauro said he was surprised to see the $150,000 included and he asked what that money would be for and if it was to hire a full-time staff position.

Kayla Dixon, director of engineering and operations with the City of Thunder Bay, explained that the funding was identified to provide staffing to help move large projects forward more quickly.

“These are all things that cannot be managed off the side of someone’s desk, so we would be looking for additional staffing,” she said.

Mauro said the committee would not be looking to expedite any existing project ideas and he moved an amendment to drop the financial component of the motion, asking city administration to bring the $150,000 back before council during budget deliberations in 2022.

The amendment passed unanimously, however, several members of council still expressed concerns with bringing the waterfront development committee back at this particular time in the current city council term.

“I think we are putting the cart before the horse. When the first waterfront committee was struck it had a clear project. I don’t think we should be creating a committee to act as a clearing house for ideas. Council is a clearing house for that. It sounds like the trail will be the main project and council can deal with that,” said Coun. Mark Bentz.

Bentz added that he is worried striking a new waterfront development committee will set the expectation that the city is moving into phase two and phase three of development.

“We are the council that discontinued the waterfront committee for a reason and to strike it up in our last year, I would like see what the next council has to say about this,” he said. “We are looking at reducing the number of committees we have. To establish committees without budgets, it looks good on paper, but may not work in practice.”

Coun. Aldo Roberto supported the formation of the committee, saying city council already has enough to deal with and committees can flush out the ideas and then bring them back to council for consideration.

Others on council expressed concerns over forming another committee. According to deputy city clerk Krista Power, there are 77 appointments by council to committees and currently 17 vacancies. The waterfront development committee would require two members of council to sit on it, adding another two vacancies to the list.

“I really want to support this committee but given the amount of work the clerk’s office is doing, I would move a deferral until we receive the report on committees in late September,” suggested McKellar Ward Coun. Brian Hamilton.

While Hamilton’s motion to defer the decision until after council receives a report on the status of committees in September ultimately failed, others still said they could not support striking the new waterfront development committee at this time.

“We are at the end of our term. If anyone wanted to commit time to this, it should have been done three or four years ago,” said Neebing Coun. Cody Fraser. “I don’t know what can be accomplished in a year and a half.”

“I can’t support another committee at this point,” added Coun. Rebecca Johnson.

The motion to approve the formation of a new waterfront development committee passed by a vote of seven to four.

The next phase would involve making further waterfront improvements in the coming years to accommodate a new art gallery, a cruise ship dock with streetscaping, upgrades to the Marina Park festival area and trail system.