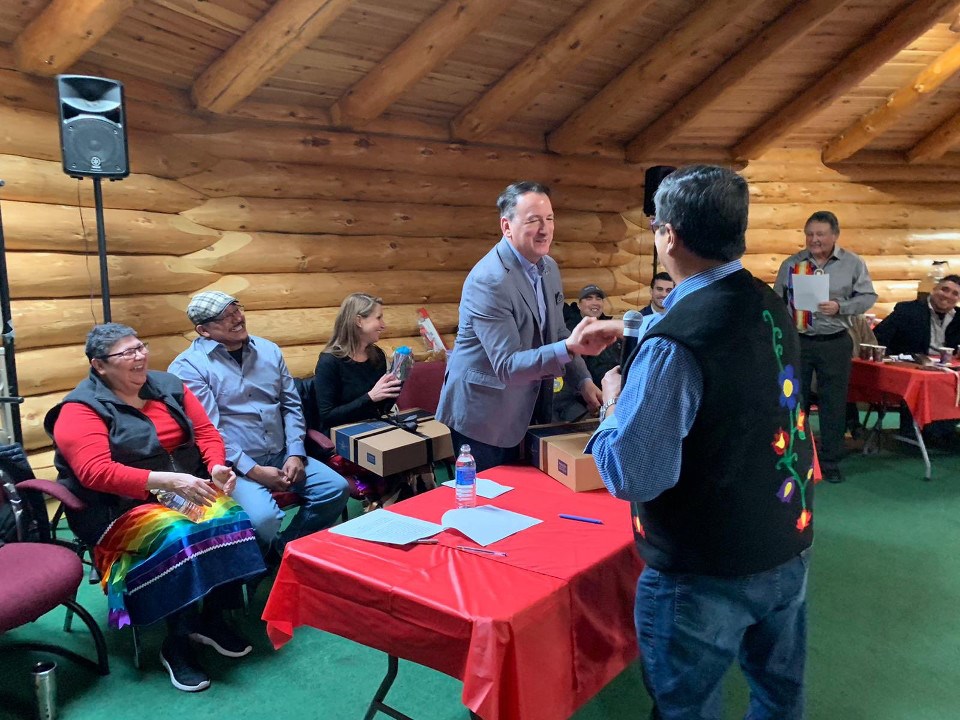 Cabinet minister and Kenora MPP Greg Rickford is making good on his promise to twin the Trans-Canada Highway in northwestern Ontario.

Provincial Transportation MInister Caroline Mulroney joined Rickford in signing a memorandum of understanding (MOU) agreement on Feb. 5 with a partnership of four area First Nations that will see Highway 17 between Kenora and the Manitoba border expanded to four lanes.

Groundbreaking for the first section begins this summer. This stretch of the Trans-Canada handles between 5,000 to 7,500 vehicles daily.

The project is entirely within Treaty #3 (1873) territory.

Ontario is consulting with Iskatewizaagegan #39 Independent First Nation and the Métis Nation of Ontario as part of the public engagement for the project's planning process.

"We’re hopeful that the path of partnership that we’re committing to walk with Ontario will, in fact, lead us to the minister’s promise of meaningful economic opportunities for our people," said Shoal Lake 40 First Nation Councillor Billy Wahpay in a statement.

Rickford, the energy, northern development and mines, and Indigenous affairs minister, said this agreement puts the province "one step closer" to making long-anticipated improvements to the Trans-Canada.

"Twinning Highway 17 is a top priority for our government and I am proud to announce that significant progress is being made. Today's signing ceremony with the Four Winds Group marks an important milestone in the project, and we have a clear path forward to completion."