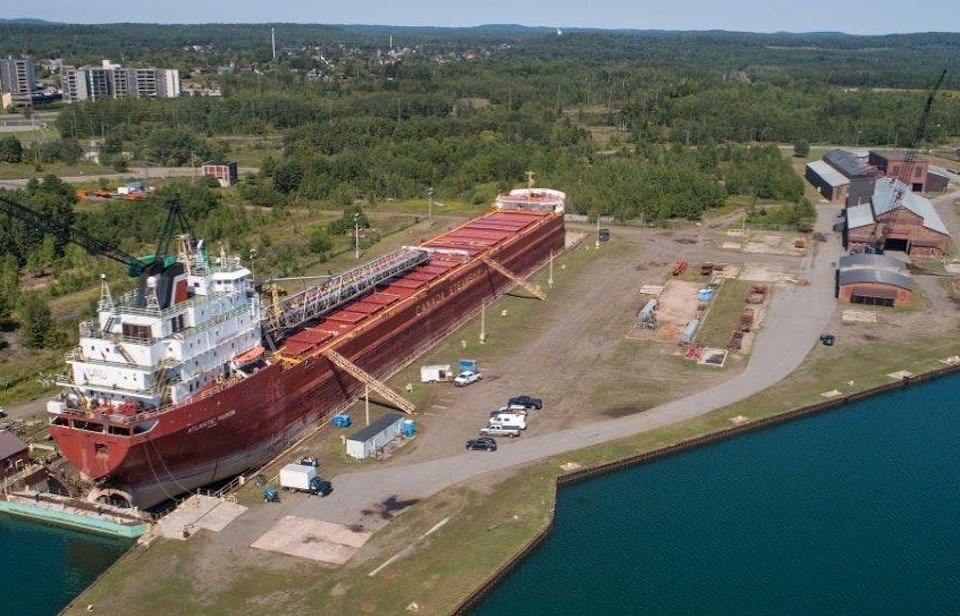 A Thunder Bay shipyard has at least a foot in the door with an opportunity to take part in the multi-million-dollar construction of a new icebreaker for the Canadian Coast Guard.

The Department of Fisheries and Oceans Canada announced May 6 that Vancouver's Seaspan Shipyards will build one of two new polar icebreakers for the Canadian Coast Guard over the next ten years.

Heddle Shipyards, owners of a ship repair facility in Thunder Bay's north end, is part of a strategic partnership with Seaspan on this project.

In a statement, Heddle called the announcement a "welcome development" for the company, and Heddle president Shaun Padulo called it a "significant milestone" for Ontario's shipbuilding industry.

"Seaspan's truly pan-Canadian approach to shipbuilding will support thousands of jobs across the country and support the continued growth of Ontario's shipyards. At Heddle Shipyards, we are so proud to work alongside Seaspan Shipyards, Genoa Design, and hundreds of other Canadian suppliers to deliver the urgently needed Polar Icebreaker to the Canadian Coast Guard."

How much work heads to Thunder Bay remains to be seen.

"Hard to say at this point as we are still in the preliminary stages," said Ted Kirkpatrick, Heddle's director of business development and government relations, to Northern Ontario Business.

"That being said, we see Heddle Thunder Bay as a key contributor to the overall strategy to supply ship components for the polar ice breaker."

Heddle acquired the remnants of the former Lakehead Marine and Industrial in 2016.

The Shipyard Road facility includes a large fabrication building and a dry dock. But the company admits the yard is underutilized.

In the release, Heddle said the icebreaker construction program will enable Heddle to "grow its capacity and revitalize its Ontario shipyards" in becoming a ship builder of vessels less than 1,000 gross registered tons.

Fisheries Minister Bernadette Jordan, the minister in charge of the Canadian Coast Guard, did not provide any budget details on the cost of the two icebreakers.

Department bureaucrats are now getting to work to iron out a formal contract.

In its release, Heddle said work on the icebreaker is expected to commence immediately upon contract award. The Coast Guard wants the icebreaker by 2030.

The vessel specifications aren't finished but it's expected to be about 150 metres long and 28 metres wide.