Mid-rise wood frame buildings may soon become reality in Ontario. A consortium of building industry groups has been pushing for amendments to national and provincial building codes that will allow for six-storey wood frame developments construction .
0
Oct 29, 2013 1:27 PM By: Ian Ross 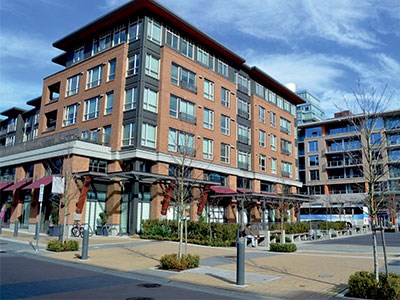 A consortium of building industry groups has been pushing for amendments to national and provincial building codes that will allow for six-storey wood frame developments construction.

Marianne Berube, executive director of Ontario Wood Works!, a regional arm of the Canadian Wood Council, is confident change will come within a few months.

“We have the backing now. There’s no reason why it shouldn’t move forward.”

Her group has enlisted powerful allies such as the Ontario Home Builders Association and the Building Industry and Land Development Association to finally remove a regulation four-storey cap on wood- framed buildings.

They contend that with advances in wood technology, better design and building systems, improved safety requirements, and a push by urban planners to infill cities rather than resort to sprawl, it's about time for changes in the Ontario Building Code.

Wood Works! and their partners want to follow the British Columbia experience where the provincial code was changed in 2009.

It's resulted in 280 wood mid-rises either being built or now under construction.

Globally, B.C. has joined a growing list of jurisdictions such as Sweden, the United Kingdom and Australia, which permit wood mid-rises of six stories and taller.

Berube and her group lobbied for change in Ontario when the provincial code last came up for its five- ear revision in 2011.

There was plenty of pushback from competing industry interests that raised the question of fire safety, and Municipal Affairs and Housing asked for more research.

Previous research by Wood Works! In 2010 outlined some favourable findings on wood's advantages, potential markets, cost comparisons with other building materials, and what wood technologies exist.

Their latest report, “Unlocking the Potential for Mid-Rise Buildings: Six Storey Wood Structures,” authored by former Toronto chief planner Paul Bedford, makes the case that six-storey wood buildings are more affordable to buy – about 10 to 15 per cent – than what's out there, and are ideally suited for high-density urban areas.

The next opportunity to change the Ontario code comes up in 2017 but Berube and her partners don't intend to wait that long.

They're out to make changes to the National Building and Fire Codes – which sets the same four-storey limit – at a series of stakeholder code review meetings this fall.

Any changes will come out in the new code edition in 2015, but Berube is hopeful for early adoption.

Berube thinks a positive announcement could come by early next year.

As part of a two-pronged effort, Nipissing MPP Vic Fedeli is pushing for wood midrises through his private members bill, the Ontario Forestry Industry Revitalization Act, which comes up for second reading in the legislature, Nov. 7.

“I know in my heart this is a great solution for the North and south,” said Fedeli. “This will have huge sales for the forestry industry in Northern Ontario and it will solve a huge problem of the lack of serviced land in the GTA. Building six stories with wood breaks through to a whole other market and allows this to steamroll,” he said.

“The use of wood has changed so much over the last decade and now we’re seeing some unbelievable commercial structures built with wood,” he said.

“I do a lot of work with panelized wood walls so the rapidity of how fast you can erect these buildings is quite striking, and the quality is excellent.”

Allowing wood in taller projects opens up the bidding process to more companies, he said.

“Here in Toronto, there is a push to intensify to six stories and that pushes all the buildings into either steel construction or concrete. That restricts the number of companies that can bid on those jobs and it has the impact of raising prices. And because we have a wood culture in Ontario I think we really need to embrace that.”

The biggest opponent to code changes is the Cement Association of Canada, which argues that taller wood buildings jeopardize people's safety at the expense of cost savings.

They point to a 2011 Richmond, B.C. fire where the first wood-frame apartment building of its kind in that province was completely destroyed by fire during the construction phase.

The group said it has support of the Ontario Fire Fighters Association.

“We have no intention of jeopardizing people’s safety,” she said. “All we want is a level playing field. Then it’s up the designer and developer to pick what material they want.”

Berube said the Golden Horseshoe communities actually prefer mid-rise developments over tall buildings, something that's uneconomical for concrete and steel firms to do.

“They have to go higher. This is a whole new market we'd be opening up.”