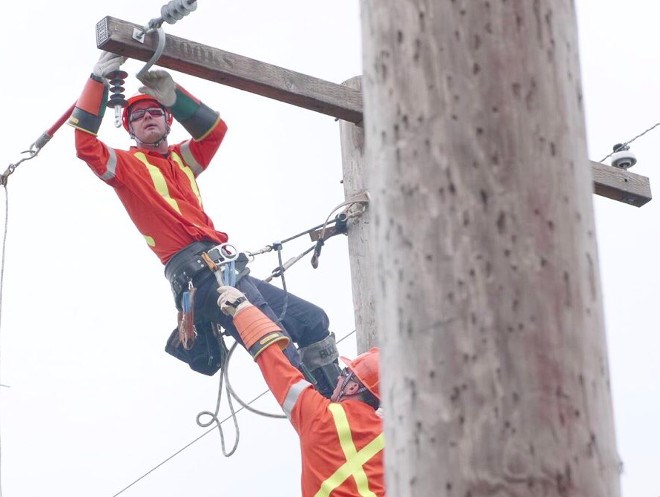 The province’s power systems manager wants Hydro One to get a jumpstart on power line planning in northwestern Ontario in anticipation of new mines coming into production.

Known as the Northwest Bulk Transmission Line, it was identified by the provincial government as a priority in the Long-Term Energy Plan in 2017.

It’s a three-phase project that involves running a double circuit 230-kilovolt line from Thunder Bay to Atikokan, from Atikokan to Dryden, and from Dryden to the Manitoba border. The IESO recommends Hydro One start work on the first two phases.

The IESO isn’t putting a timeline on when the construction would begin because, at this point, the extra power capacity isn’t needed.

But that could dramatically change if new mines come into production sooner than expected.

In an Oct.24 news release, the IESO said the need for more power could arise in the early 2020s if there is growth in the mining sector, including the Ring of Fire.

"We look out over the next 20 years as part of our electricity planning," said Leonard Kula, the IESO’s vice-president of planning, resources and acquisition, in a statement.

"Taking action today will lay the groundwork so that communities, businesses and Indigenous peoples in the northwest have a reliable supply of electricity in the years ahead when the regional economy grows."

A regional advocacy group applauded the IESO’s move, and how it fits into the big-picture power needs for the region.

“The energy task force supports this project and supports it being awarded to Hydro One,” co-chair Iain Angus of Common Voice Northwest’s Energy Task Force responded by email.

His group has often been critical with the province’s power forecasting ability to anticipate future industrial development in the area.

Angus said it sends a “clear signal” that the stalled East-West Transmission Line – extending from Thunder Bay to Wawa – “remains an important component within the transmission system.”

The East-West Tie is a massive power-line twinning project along the north shore of Lake Superior that would feed regional development projects like the Watay Power Project and the Ring of Fire.

“Without the increased capacity of the East-West Tie this new bulk transmission facility would have no power to move,” said Angus.

Construction on the East-West Tie was to start this fall by NextBridge, but the government re-opened the bidding process to allow a competing bid from Hydro One when project cost estimates exceeded $700 million in 2017.

The matter went to an Ontario Energy Board hearing in early October. A decision is expected later this year.

“It is also interesting that the IESO (and therefore the government) has decided to award the responsibility to Hydro One Networks as opposed to going through the competitive process used (and botched) for the East-West Tie,” added Angus. "Perhaps they have learned their lesson.”