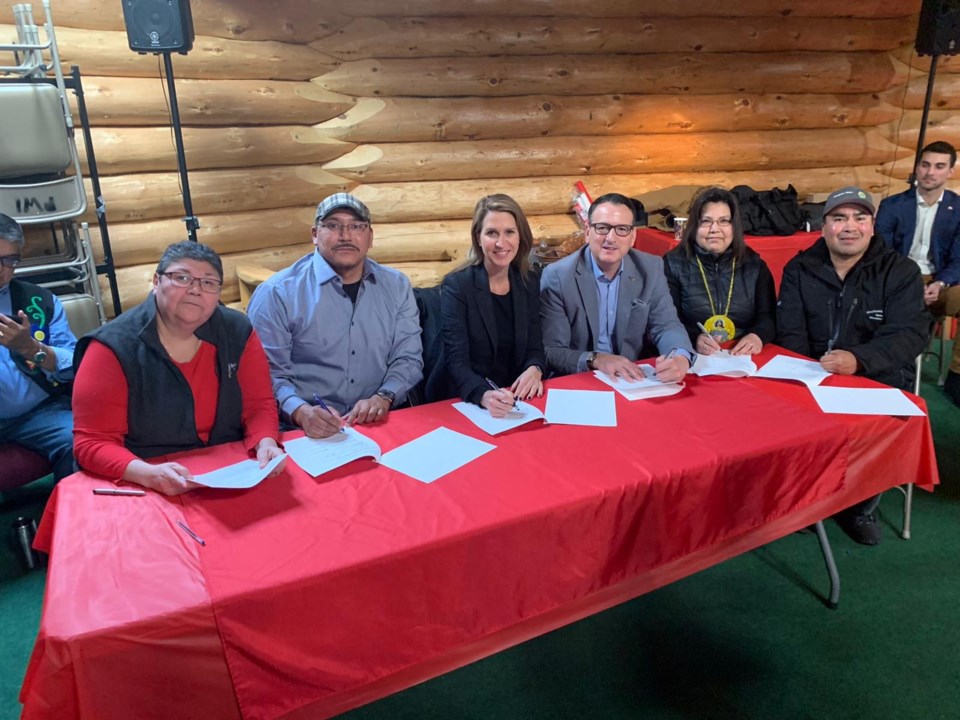 Two provincial ministers and leaders from four Kenora-area First Nations signed a Memorandum of Understanding on Feb. 5, 2020 (Government of Ontario)

KENORA, Ont. — The leadership of four First Nations say they conditionally agree to allow the Government of Ontario to begin the twinning of the Trans-Canada Highway between Kenora and the Manitoba boundary.

They said they are prepared to give the province conditional consent to enter their territory under their guidance to build Phase 1 of the project, a 6.5 kilometre stretch from Manitoba to Highway 673.

The communities are collectively known as the Niiwin Wendaanimok Partnership.

They said the first phase of the twinning of Highway 17 west of Kenora is estimated to generate a total economic impact of $77 million, and the equivalent of 331 full-time jobs.

The announcement follows protracted discussions between the First Nations and the Ministry of Transportation.

Niiwin Wendaaimok Partnership said the relationship with the government "hasn't worked for anyone" in the past.

However, "by respecting our sacred law and protocols, MTO is demonstrating that it is possible for us to work together...if we take our time and do things right," said Chief Marilyn Sinclair of Washagamis Bay First Nation.

At the time, the government said Ontario was committed to targeting "shovels in the ground" by summer 2020.

Before construction can begin on Phase 1, the First Nations said they require Ontario to participate in a ceremony later this month.

They also said their agreement to construct Phases 2 and 3 – all the way to Kenora – is still pending.

Architecture school's founding director honoured for 'outstanding contributions to the field'
May 18, 2021 8:57 AM