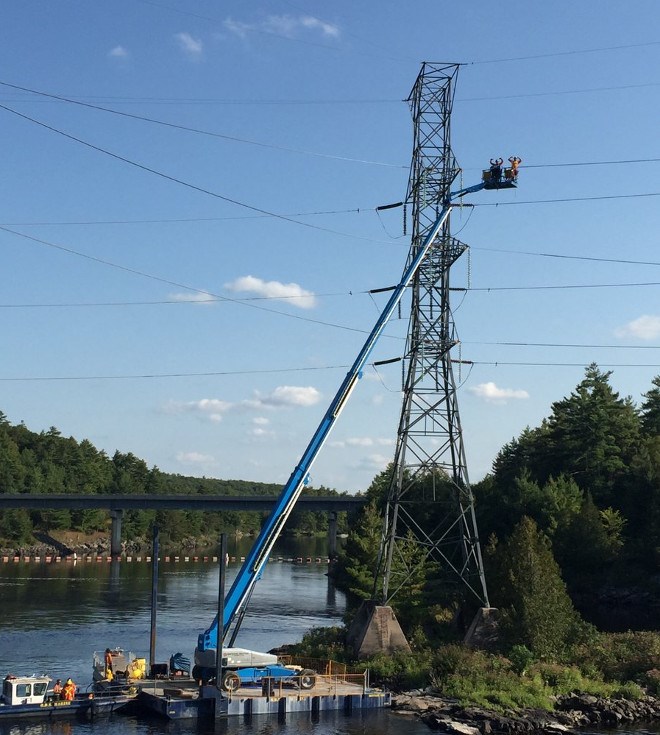 Edmonton powerline contractor Valard Construction has been selected as the project manager to build the East-West Tie Line project along the north shore of Lake Superior.

The project involves the construction of a double-circuit 230-kilovolt (kV) transmission line along the north shore of Lake Superior between Wawa and Thunder Bay.

The line would parallel an existing 230-kv corridor. The project is slated to be finished by late 2020.

As many as 700 direct construction jobs will be created, plus many more service and supply employment opportunities.

Besides project management, Valard will manage materials, construction permitting and oversee the installation.

"We have extensive relationships with local indigenous communities and look forward to working with them on this project,” said Valard president-CEO Adam Budzinski in a Dec. 12 news release.

“Additionally, Valard is known for its expertise in building infrastructure in an environmentally sensitive way."

Upgrading the power line will provide a bigger and more reliability pipeline of power between northwestern and northeastern Ontario, providing a major boost to industrial prospects in the region.

The East-West Tie was identified in 2010 in the Ontario Power Authority’s (OPA) Long Term Energy Plan as one of its top five priority transmission projects.

Landing this critical project for northwestern Ontario was not lost on Quanta president-CEO Duke Austin.

“We have a long track record of safely and cost-effectively executing large electric transmission projects in Canada and look forward to applying our expertise to this project.

“Further, the project is expected to create up to 700 jobs during construction and provide additional economic benefits to the local community through the purchase of goods and services necessary to support operations."

Quanta Services is a leading contractor in designing and installing infrastructure for the power, oil, gas and communications sectors in North America, Latin America and Australia.

Mass timber makes its mark at Chalk River
Sep 21, 2020 3:30 PM
Comments
We welcome your feedback and encourage you to share your thoughts. We ask that you be respectful of others and their points of view, refrain from personal attacks and stay on topic. To learn about our commenting policies and how we moderate, please read our Community Guidelines.