Retired Powassan farmer to be entered in ag hall of fame 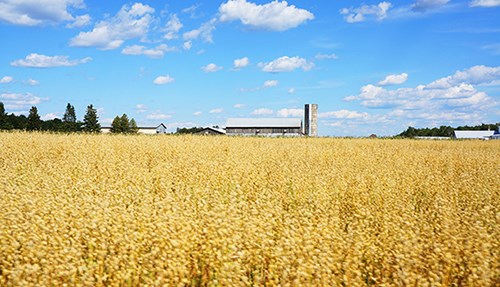 A retired Powassan farmer will be among seven agricultural leaders to be inducted into the Ontario Agricultural Hall of Fame in 2021.

Roger George, who has worked with numerous local and provincial bodies to strengthen legislation that supports farmers and the sector, has been selected for his lifelong contributions to the sector.

To qualify for this prestigious recognition, inductees must have demonstrated visionary leadership, innovation, and entrepreneurship as well as leaving a lasting legacy to the advancement of agriculture in Ontario.

“The calibre of the nominations this year was exceptional. We appreciated the work that had been put into them by their nominating organizations,” Dr. Deb Stark, president of the Ontario Agricultural Hall of Fame Association, said in a Feb. 2 news release.

“It was a tough decision to choose the seven, but we’re confident that their contributions are worthy and they have all contributed greatly to the industry we’re all so proud of.”

During his tenure as director and president of the Ontario Federation of Agriculture (OFA), George strived to strengthen general farm organizations.

One of his most significant achievements was his work with government and other farm leaders to pass stable funding legislation for the major farm organizations.

He helped create the Ontario Farm Environmental Coalition which proposed the development of the internationally recognized Environmental Farm Plan program.

George was also the founding chair of the Agricultural Adaptation Council and supported the development of the Ontario Agricultural Training Institute.

The virtual induction ceremony is scheduled to be held on June 13.