First Nations ready to be partners in development

At an Aboriginal energy conference last December in Toronto, keynote speaker Nishnawbe Aski Nation (NAN) Grand Chief Harvey Yesno shocked delegates when he remarked that 21 of the 49 communities in his territorial organization were under boil-water a
Mar 3, 2015 4:30 PM By: Ian Ross 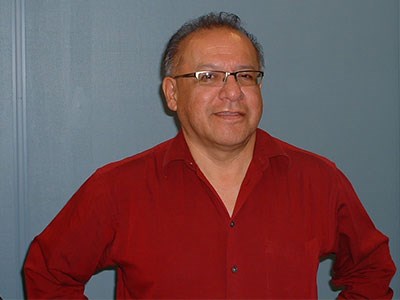 At an Aboriginal energy conference last December in Toronto, keynote speaker Nishnawbe Aski Nation (NAN) Grand Chief Harvey Yesno shocked delegates when he remarked that 21 of the 49 communities in his territorial organization were under boil-water advisories; eight of them for more than 10 years.

“In Kenora or Hamilton, nobody would put up with that.”

These are some of the extraordinary challenges – including housing, health care and educational shortcomings – NAN communities struggle with daily as the second largest Aboriginal remote cluster in Canada, behind Nunavut.

Yesno had to cut his remarks short to fly back north. Ten diesel-dependent communities in northwestern Ontario were facing serious fiscal challenges in arranging fuel shipping and storage capacity for the winter.

In remote communities with less-than-thriving economies, thousands of litres of fuel need to be flown in every two days – a costly endeavour – until the winter roads open in February.

“If they have to declare a state of emergency,” said Yesno, “a lot of assets are at risk.”

Getting these communities off diesel and onto the Ontario grid is one of the key pillars Yesno has been advocating for as grand chief.

With resource development in the Far North an eventual likelihood, Yesno called on governments to stop “nickel-and-diming” First Nations and get on with the task of supplying the necessary infrastructure for communities to succeed; that is if they want Aboriginal consent on mining projects.

“Our experiences (on government policy initiatives) is that it’s one-size-fits-all approach” without the flexibility to address important issues with the communities.
“That’s where a lot of the frustration occurs in First Nations providing consent in moving projects along.”

With a string of Supreme Court of Canada decisions in their favour, Yesno said First Nations have earned the right to steer resource and energy development on their traditional land and lift their people out of poverty.

“As First Nations begin to assert and become partners in business and resource development, there’s a changing dynamic,” said Yesno. “We’re not going to be bystanders and watch somebody else do it.

“We want to be active participants. If that happens they’ll find less confrontation will take place, because we’re at the table.”

“We’re beginning to address the cost of living in the Far North. If we had the energy and road access, I think that would stimulate a lot of new investment, exploration and other economic activity.”

Still looming is the spectre of the province’s Far North Act, passed in 2010 without First Nation consent.

Yesno said the “flawed” legislation, “heavily influenced” by environmental groups, placed an emphasis on protecting Crown land for caribou and other endangered species rather than utilizing land to generate wealth for the region’s inhabitants.

Though not opposed to the spirit of Bill 191, Yesno said it doesn’t mesh with reality.

“In our communities, the old economy of living off the land, the fur trade, has come and gone in the last 200 years. It’s relegated us to a welfare state and we want to get out of that. We want to participate in the new economy, particularly the natural resources sector.”

Protecting large tracts of boreal forest for wildlife eliminates the scope of possibilities in mining, energy and possibly even oil and gas projects.

And the community land-use planning process is only concerned with surface issues, he said.

“If there’s a greenstone belt running across the territory, those are usually good opportunities for mines. There’s no opportunity to examine those areas.”

He’s hopeful of better days ahead in working with David de Launay, Ontario’s new deputy minister of Northern Development and Mines, someone he’s had many conversations with.

Rather than piecemealing government policy together with a series of “one-off” projects, Yesno said a “big picture” regional approach is needed, beyond just the Ring of Fire. He hearkens back to the thinking that went into building a national railway system in the 19th century which united the country and opened it up to expansion and investment.

Building power lines and road systems into the Far North would send a strong message to resource developers and the financial community, he said, if NAN and the province can agree on an approach.

“Not every First Nation is in favour of an all-weather road coming into their community, but there are First Nations that want to move forward. We have to do whatever we can to enhance and facilitate that. As we create wealth, that’s good for everyone.”