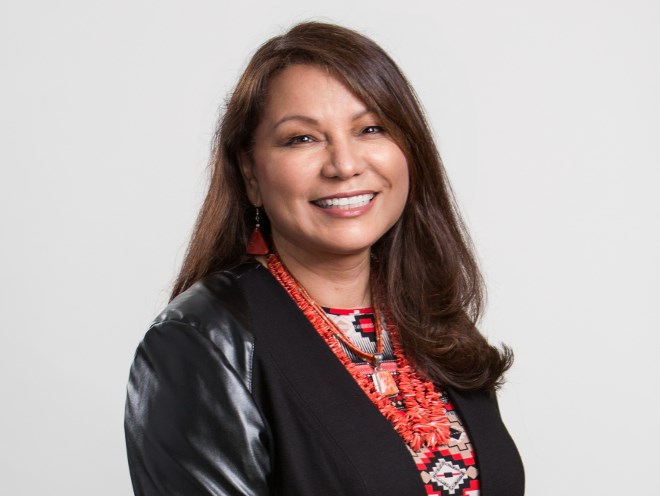 Dawn Madahbee Leach has been named one of Canada’s Most Powerful Women by KPMG and the Women’s Executive Network (WXN). (Supplied photo)

Dawn Madahbee Leach, general manager at Waubetek Business Development Corp., has been recognized as a top female leader in Canada.

Madahbee Leach is one of 100 women from across the country to be recognized by KPMG and the Women’s Executive Network (WXN), a member-based organization that advocates for the advancement, development and recognition of professional women in Canada.

A member of the Aundeck Omni Kaning First Nation on Manitoulin Island, Madahbee Leach has served as manager of Waubetek since 1988.

Madahbee Leach is the first Aboriginal woman in Canada to lead a commercial lending institution. Under her leadership, Waubetek has invested $80 million in 3,600 Aboriginal businesses, which experience a business success rate of 94 per cent.

Madahbee Leach also currently serves on various boards and committees, including the National Aboriginal Economic Development Board where she serves as vice-chair; the Peace Hills Trust Company; the Northern Policy Institute (a northern Ontario think tank); and NioBay Minerals Inc

She is a former chair of the Northern Ontario Development Corporation, and a former board member of the Ontario Development Corporation, Innovations Ontario and the North East Local Health Integrated Network. Dawn is the owner of Indigenous Business International, a company that provides assistance to Indigenous peoples on sector strategies and corporate partnerships.