Kelly Crawford of M’Chigeeng First Nation will take on the role at the end of November.
Nov 1, 2017 2:00 PM By: Northern Ontario Business Staff 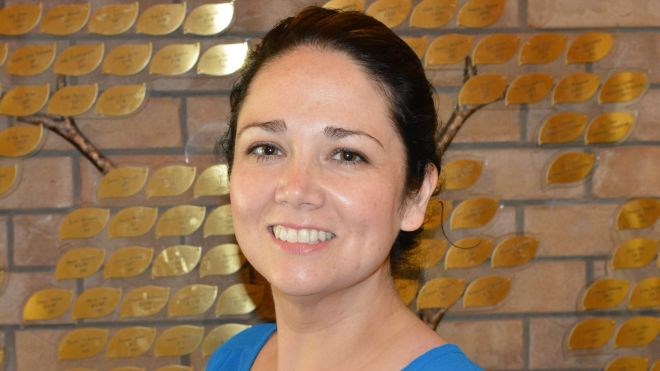 Kelly Crawford is the former education team lead at Kenjgewin Teg in M’Chigeeng and a faculty liaison with Queen’s University. (Photo supplied)

A director of education has been named to head up the newly established Anishinabek Education System.

Kelly Crawford, a citizen of the M’Chigeeng First Nation on Manitoulin Island, will take on the role at the end of November.

Crawford has held a number of positions in education, including the education team lead at Kenjgewin Teg in M’Chigeeng and faculty liaison with Queen’s University.

Additionally, she is the author of the “Gdoo-Sastamoo Kii Mi” and “We are all Treaty People” teacher’s resources as well the new books “Alex Shares his Wampum Belt” and “Dakota Talks about Treaties,” which will be launched on Nov. 6 to kick off Treaties Recognition Week in Ontario.

In her new role, Crawford will be responsible for the operations and delivery of the Anishinabek Education System (AES) to the participating First Nations. The director of education is responsible for policy implementation and administration by providing vision, leadership, planning, execution, advocacy, and coordination of the AES.

The establishment of an Anishinabek Education System is viewed as an act of reconciliation by participating communities and seen as an opportunity to support an education system designed by the Anishinabek for the benefit of the Anishinabek students.

A Master Education Agreement signed in August by the Anishinabek Nation and the Government of Ontario recognizes Anishinabek jurisdiction over education on and off reserve from Junior Kindergarten to Grade 12 in participating First Nations throughout Ontario.

Bill C-61, the Anishinabek Nation Education Agreement (ANEA) Act, was introduced in the House of Commons by Carolyn Bennett, Minister of Crown-Indigenous Relations and Northern Affairs, on Oct. 5.

The introduction and first reading in the House of Commons is the first step to the act becoming law.

It is anticipated that the ANEA Act will be approved this fall, and the Anishinabek Education System target implementation date is April 1, 2018.

Software testing firm creating opportunities for Indigenous workers
Nov 3, 2020 11:00 AM
Comments
We welcome your feedback and encourage you to share your thoughts. We ask that you be respectful of others and their points of view, refrain from personal attacks and stay on topic. To learn about our commenting policies and how we moderate, please read our Community Guidelines.