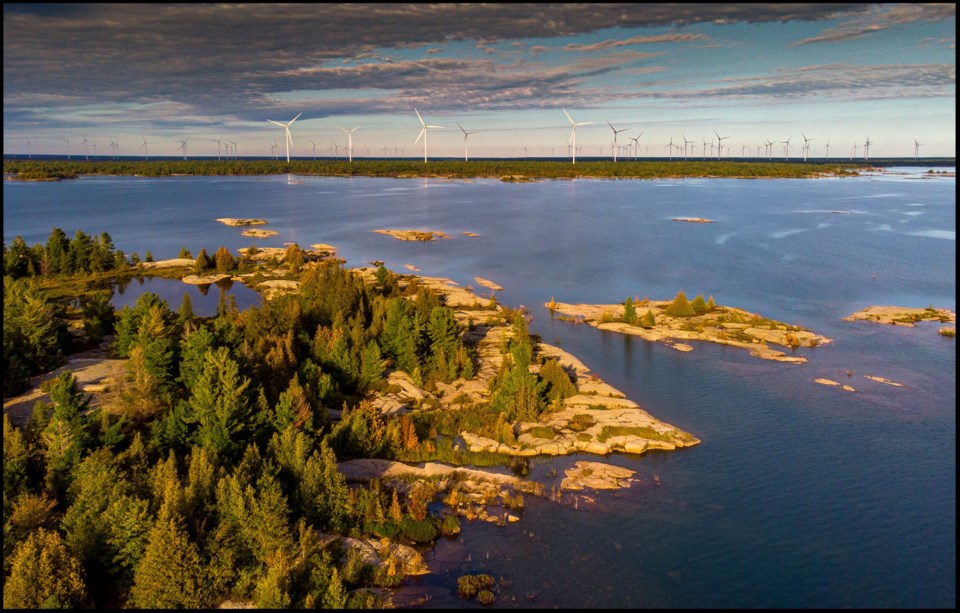 The facility is located on Henvey Inlet First Nation Reserve No. 2 on the northeast shore of Georgian Bay in Pickerel, Ontario 90 km south of Sudbury

The landmark project is the largest single-phase wind facility and the largest on-reserve wind installation in Canada.

It is located on Henvey Inlet First Nation Reserve No. 2 on the northeast shore of Georgian Bay in Pickerel, 90 kilometres south of Sudbury.

According to Mike Garland, CEO of Pattern Energy, the project is the first to develop a First Nation Environmental Stewardship Regime under the First Nations Lands Management Act.

“It's an honour to partner with Henvey Inlet First Nation on this historic project that created hundreds of local jobs and is now providing a strong new source of revenue for the First Nation,” he said.

“Renewables are helping to reduce the impact on our environment caused by climate change and this new facility is now generating clean, homegrown energy for 100,000 homes each year without any harmful emissions,” he said.

“Our youth will see an even brighter future from expanding health and education services along with increased infrastructure.”

Henvey Inlet Wind is expected to generate more than $10 million in income annually.

The construction process alone generated around $25 million in direct economic activity for local First Nations businesses. At the peak of construction, there were 1,000 workers on site, nearly one third of them being First Nations citizens.

Now that the facility has been completed, Henvey Inlet Wind will employ up to 20 permanent full-time staff and is expected to create demand for more than 100 indirect workers, including maintenance contractors.

The project uses 87 Vestas 3.45-megawatt turbines with a 136-metre rotor diameter and 132-metre hub height. A 104-kilometre transmission line delivers electricity generated by the facility to the Ontario electricity grid. They have signed a 20-year power purchase agreement with the Independent Electricity System Operator for 100 per cent of its production.

Henvey Inlet Wind has also made separate commitments to four regions along the transmission line.

They have established a Community Benefits Program that will contribute $1 million to the Municipality of McDougall, Township of Seguin, Township of Carling and Township of Archipelago over the first 20 years of facility operations.

The funds will be used for projects of benefit to each community including enhancing ecological preservation and promoting the needs of youth development through education or recreation.

“New infrastructure is underway in the First Nation as a result of this new facility and we see better days ahead. We've already increased our administrative staff and employees in the community, and we look forward to ensuring a positive future for our upcoming generations, including economic spinoffs and job security.

"As Anishinabek, we are proud to contribute to a green economy and are proactively moving forward in a time of climate change.”