THE DRIFT 2020: Plug and play with repurposed shipping containers 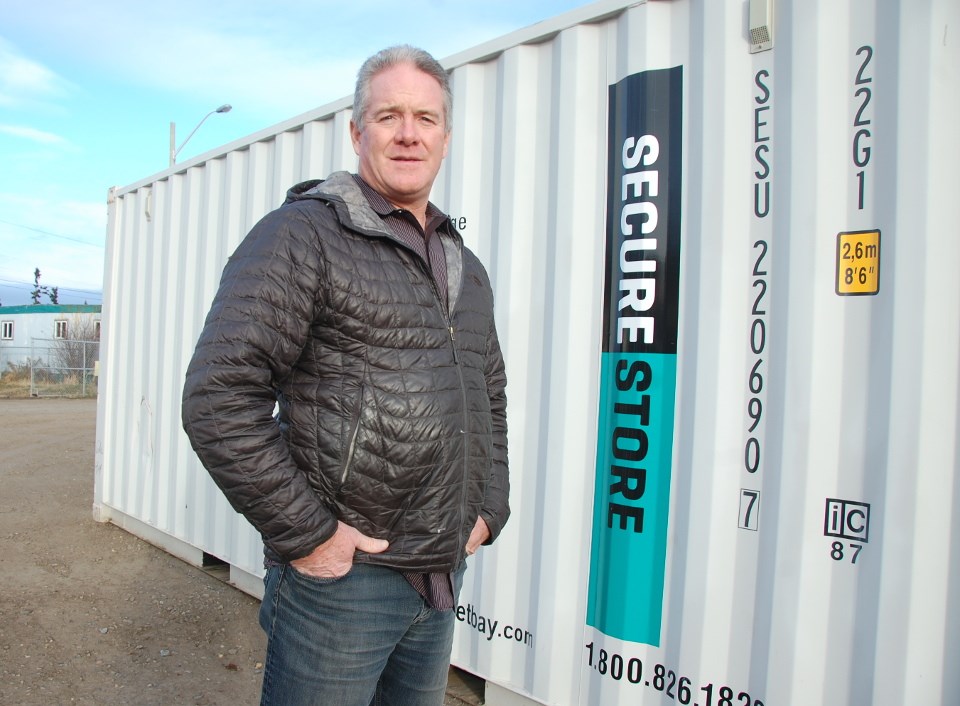 When northwestern Ontario’s forest industry began to crash in the mid-2000s, Grant Brodeur knew he had to adapt and retool.

Since the early 1990s, he had run a successful reforestation business with an extensive client list that included every Sustainable Forest Licence holder across Ontario.

But when the industry was thrust into crisis, Brodeur knew they had to repurpose their idled mobile camps and collective bush skills in freight forwarding and emergency logistics to a new use.

Like many suppliers in Thunder Bay, Brodeur joined dozens of other companies that transitioned from supplying parts, services, and skill for the forestry industry over to the emerging mining and exploration sector.

Today, the owner and president of Secure Store Thunder Bay is a full-service provider of infrastructure, storage, and logistical solutions serving the forestry, mining and construction sectors, First Nations and government clients across northwestern Ontario.

At its Highway 527 fabrication shop and yard on the outskirts of Thunder Bay, the 18-employee company customizes and insulates large 20- and 40-foot steel shipping containers into office trailers and workforce housing.

“It was amazing,” said Brodeur of the transition. “I don’t think I had any mining clients at the time, and I’m thrust into the mining industry.

When the exploration cycle dipped a bit, Brodeur landed a job in Saskatchewan for Potash Corp.

“It helped us stay afloat and we haven’t looked back since.”

They also started bidding on Ministry of Natural Resources’ contracts for doing their emergency response for fire.

Gradually, the ministry’s requirements grew from wanting tent camps to full office and kitchen trailers. It began to outstrip his capacity to the point where he bought a local supplier, Secure Store, from Barrie entrepreneur Elgin Bolton, more than a decade ago.

Since everything was already branded, Brodeur simply modified the name to Secure Store Thunder Bay.

With two heavy trucks and 15 trailers to move freight, the company will often run convoys to move MNR infrastructure to remote sites during the forest fire season.

“If there’s a fire in Red Lake, they call us and say, ‘We have 10 loads that have to leave here in two hours.’”

Their mining clients, he said, occupy a fairly large infrastructure program, whether it’s to build bridges or construct mines.

The company is also supplying customized office and storage containers to support the construction of the East-West Tie transmission line on the north shore of Lake Superior, and the Watay Power project to connect 17 remote communities for the first time ever.

“Whatever they need, we’re hoping to be one stop for them,” said Brodeur.

What Secure Store can outfit their converted shipping containers with is “really only limited to the imagination.”

The company has further diversified into assisting remote First Nation communities move container buildings during the brief and busy winter road season, shipping as many as 100 loads a year.

“If they come here shopping and we have what they’re looking for in our yard, we just tow it up and set it up for them. They’re able to move in right away. Basically, it’s plug-and-play.”

With no intermodal port in Thunder Bay, Brodeur sources containers wherever he can find them, be it Winnipeg, Minneapolis, Chicago, or directly out of China.

The downturn in the Alberta oil industry means there’s an abundance of assets out there that Brodeur has scooped up, including ‘rig camps.’

The complex of six skid-mounted modular buildings can be grafted together to provide self-contained accommodations for upwards of 35 people with bedrooms, commercial kitchens, Wi-Fi, recreation halls, and washroom/laundry facilities.

Brodeur said once a First Nation community construction project is done, these facilities can be repurposed for other uses, such as a local hotel.

Looking to the future, with the number of infrastructure and mine projects underway or on tap, Brodeur sees blue skies ahead.