THE DRIFT 2020: Setting the standard in raise mining 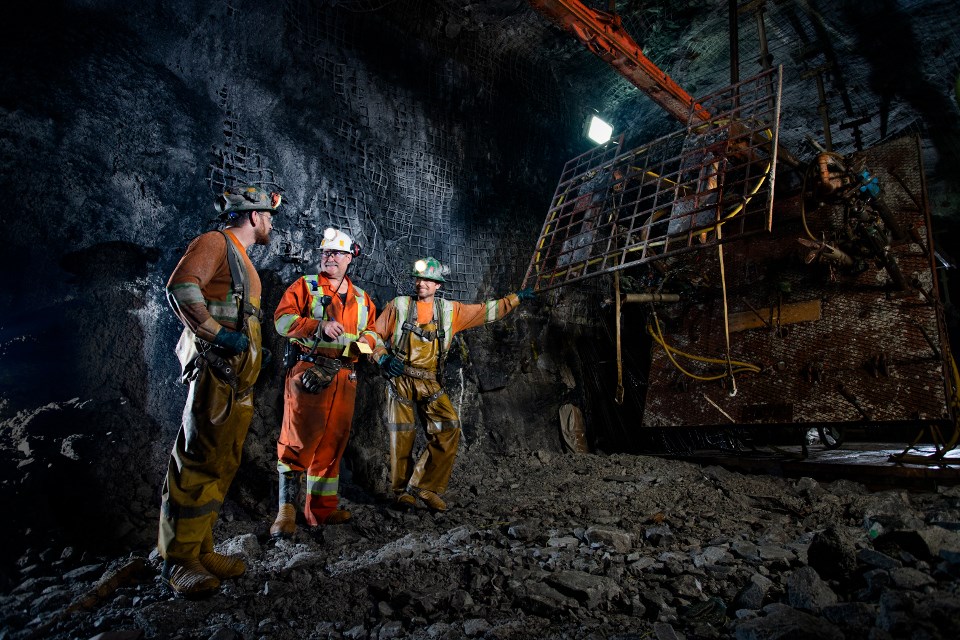 The Alimak mining method – developed by Manitouwadge company Manroc Developments more than 25 years ago – is renowned through the industry. (Supplied photos/James Hodgins)

Mention the Alimak method in the world of mining and it’s almost always associated with Manroc Developments.

Considered old-school technology by some, compared to modern raise-boring processes, this tried-and-true method has delivered to the Manitouwadge-based mining contracting firm a steady stream of project work across Canada and internationally.

“We firmly believe the Alimak mining system is the more economical way to go.”

The Alimak system was pioneered by her father, Don Simoneau, and chief engineer Ken McKirdy more than 25 years ago.

Don founded Manroc in 1989, starting with 13 employees out of the basement of his home in Manitouwadge, a community of 2,000 between Sault Ste. Marie and Thunder Bay.

The company snagged a contract last fall to supply all the production miners at Barrick’s Williams Mine, Manroc’s first-ever complete contractor takeover of underground operations.

Katie and partner Chris Sproule, the company president, took over after Don’s retirement five years ago and have branched out with a Thunder Bay office.

A raise is a vertical or inclined excavation that runs between levels (or drifts) of an underground mine that can be used for mining, ventilation, or transporting ore, waste rock or personnel.

The Alimak system is a caged platform that climbs like an elevator on a rack-and-pinion rail system. From the platform, contractors have the ability to drill, load and blast.

Its niche is for tackling steeply dipping ore bodies, but the big advantage is the cost savings to clients from not having to do excess underground development.

Over the years, Manroc has refined and fabricated their own customized solutions for the Alimak, including a patented drill pedestal and a protective canopy over the platform for the safety of its workers.

The company is partnering with Orica Ltd. on a wireless blasting system at Barrick’s Williams Mine that allows them to blast a whole stope in one shot.

“We’re excited about that,” said Tracy Kitchkeesick, Manroc’s technical services manager. “It opens up a lot of doors. Yes, it is kind of an old-school technology but is definitely evolving with the times.”

In an age of transient labour and a chronic skills shortage, Manroc has cultivated a collegial and open-door culture that’s bred loyalty among many long-term employees, some spanning three generations.

“I would say, confidently, that half our workforce has spent their career with Manroc, or their families have,” said Simoneau.

Training is done mostly in-house by senior employees, and the company maintains a strong safety-driven culture, including winning a John T. Ryan Award.

That family atmosphere appealed to Kitchkeesick, who joined the company 13 years ago.

“Katie is one of my closest friends. We talk every single day, mostly about work, but not always.”

The tight-knit company allowed Kitchkeesick to work at home to care for her young children, her coworkers have acted as babysitters, and the entire team once threw her a surprise birthday party.

“As a small company, they take care of their own and we’ve found ways to make it work,” she said.

Professionally, it’s afforded her an opportunity to get her hands dirty doing a “hodge-podge” of tasks, from office invoice work to setting up the Alimak at a job site.

While there’s no formal company policy on diversity, women fill about 10 per cent of their workforce, serving as truck drivers, scoop operators, working in shop trades, and administration.

A special emphasis is also made to reach out and recruit area First Nations people.

“I’m so proud to see them advance, starting at an entry level position,” said Simoneau, “and it’s wonderful to have buy-in from everyone at Manroc.”

“The whole mentality has definitely shifted within the industry and within Manroc,” added Kitchkeesick.

Kitchkeesick, a Laurentian University mining engineering graduate raised in Onaping, is a groundbreaker in her own right.

She was one of the first women to go underground at the Dome Mine in Timmins in 2000.

“The pushback was crazy,” she recalled, not only from a few superstitious veteran miners but miners’ wives who considered women to be a safety liability for their husbands.

The number of women geologists and mining engineers is growing all the time, “but it’s still not where it should be,” she said.

With experienced hands always in short supply, Simoneau said the company takes pride in caring for its core management team of superintendents.

That’s been rewarded, she mentioned, during past cyclical industry downturns when some employees have been willing to take wage cuts to remain with the company.

With a plethora of contract irons in the fire, Kitchkeesick said the real benefit of being a contractor is not being tied to one operation.

“We do have the opportunity to bust out and look for other opportunities, so we don’t have to scale back.”