The North a great place for Basic Income Pilot

There was a bit of a surprise present for policy wonks in the recent provincial budget. The province committed to launching a basic income pilot project in Ontario. The core idea is fairly simple.
Mar 28, 2016 5:58 PM By: Charles Cirtwill 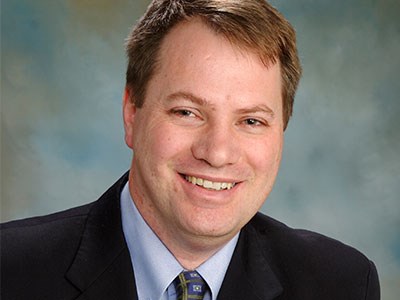 There was a bit of a surprise present for policy wonks in the recent provincial budget. The province committed to launching a basic income pilot project in Ontario. The core idea is fairly simple. Everyone in a community would be guaranteed some basic amount of money upon which to live.

The devil, as always, is in the detail. The concept of basic income goes by many different names. Negative income tax, universal basic income, guaranteed annual income, for a start. They variously involve direct transfers to everyone, to families, or to some sub-group of everyone (usually working age adults). These models are also “funded” through differing means: administrative savings (terminating existing support programs and laying off/reassigning their staffs), increased taxes, lower costs in other areas (health and justice being the two biggest areas for savings when people have hope and can build for a future).

You can also achieve a basic minimum income not just through lower taxes and direct transfers but also by including personal income, whether from retirement savings or employment. In fact, it could be argued that between the Canada Pension Plan, the tax system, Old Age Security pension and the Guaranteed Income Supplement, we have a minimum income in place for seniors in Canada. Similarly, something akin to a negative income tax could be achieved through an enhanced working income tax benefit.

Hence the need for more pilots, so that the alternative models can be tested in the real world. I say more, because in the late 1970s, Canada actually piloted a guaranteed annual income in Dauphin, Man. The findings from that pilot are good enough that governments at all levels are talking about the idea again. This revised interest in a basic income is mirrored around the globe. Finland, Sweden, Switzerland and Nigeria have recently joined the growing list of countries and communities at least prepared to experiment with the approach.

If Ontario is going to join this list, a strong case can be made that they should pilot the idea here in the North. One reason is cost. A basic income is expensive, more expensive depending on the income level set. Dauphin is about 8,000 people. Which made the pilot manageable.

We have many communities in that range: Kapuskasing, Elliot Lake, Dryden, Temiskaming Shores. Even Kenora, at about 15,000 permanent residents, would be a consideration. Our communities have a very good mix of urban and rural. The population, while aging, often has a better dependency ratio than much of southern Ontario. We have a better mix of people working and not working. We also have a diverse population base allowing us to better understand how a basic income might be influenced by various cultural or community structures.

Our communities are also to some extent “self-contained” yet open economies. Imagine, using our relative remoteness as an advantage. In theory, it may be easier to identify and allow for external changes on smaller, more distinct economies. It would allow for an enhanced ability to control for external factors like immigration, economic growth, trade changes or say, global economic downturn. For that matter, these characteristics apply to our larger centres, too, especially Timmins and Thunder Bay. Piloting the concept in a large centre like that would certainly provide a rich data source for evidence-based decision-making going forward.

Of course, such a large pilot would put us smack up against what economist Kevin Milligan calls the “GAI impossible trinity.” Most proponents argue a basic income should deliver a high basic income, that it should be slowly clawed back as income rises (to avoid trapping people at the lower income) and that it should have a manageable cost. But as Milligan has demonstrated, you can’t have all three. You can only have two of the three.

That’s not a reason to dump the idea. It’s all the more reason to run some tests and see what we can achieve with some strategic compromises. Here in the North, we understand compromise.