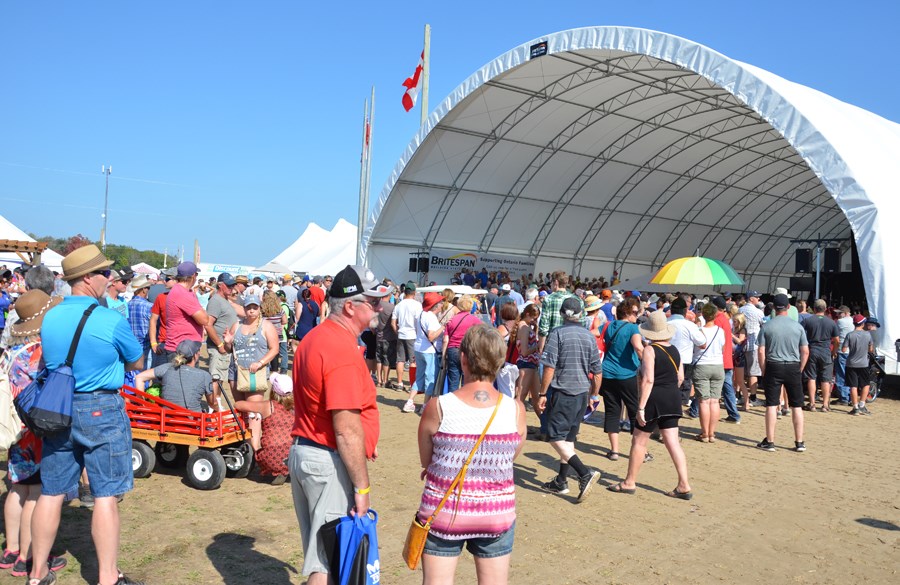 Crowds gather at the 2017 International Plowing Match and Rural Expo near the town of Walton in Huron County. In 2019 the event will take place near the Town of Verner, an hour east of Sudbury. (Photo courtesy of the Ontario Plowman's Association)

It may be a year and a half away, but preparations are getting underway for one of the biggest agricultural expos in the province as it returns to the North after a decade.

The community of Verner, located about an hour east of Sudbury, has been selected to host the International Plowing Match and Rural Expo.

From Sept. 17 to 21, 2019, the event is expected to attract around 80,000 people to the area with its broad range of offerings, from competitive mechanical and heavy horse plowing to commerce from the more than 600 vendors expected to attend, selling everything from large equipment to household goods and food.

“We are very excited. We are already asking for volunteers and we put together a committee. This is going to be huge for the region's economy as a whole,” said Catherine Levac-Lafond, lead co-ordinator for the event at West Nipissing.

“We are just getting started. We have to wait for this year's expo to conclude before we can take vendor submissions and any physical work, however.”

She explained the event is usually held in southern Ontario and showcases agriculture in different areas of the province. This is only the second time in its history that it has been held in the North. The Nipissing region has a strong agricultural base and they have been working for years to get the expo back to the area.

The last time the expo was in the North was in Earlton, in the Timiskaming District, in 2009.

Logistically speaking, the expo turns an open area into a city. Levac-Lafond said organizers already know they are going to build a small village of 600 tents for vendors and exhibitors, a food court, as well as a trailer park, and gather information for local accommodations like hotels and other trailer parks.

Despite the stress and details, the event will be a major economic driver for the region for years to come. Levac-Lafond said a survey conducted by the Ministry of Tourism, Culture and Sport performed several years ago concluded the expo injects around $20 million into the local economy.

“There's a lot of repercussions after the event. I spoke to someone in the office and they are still feeling the economic impact (from the last expo) almost 10 years after the fact,” she said. “It's the kind of place where someone can buy a tractor, a blanket, and candles.

“That's why it's gained so much attention. It's a one-stop shopping event.”

There will be events held leading up to the expo to showcase Northern Ontario's rural and agricultural offerings, with a focus on the culture and business community of Verner and the immediate region.

In the international plowing event, Levac-Lafond said they have about 200 competitors, ranging in categories including junior, tractor and horse.

There has already been a lot of excitement expressed from people planning to attend, she said, and not just for the expo itself.

“A lot of people are very happy to see it coming back here because it's a shorter distance for them to drive compared to when it is held in southern Ontario and out west of the province,” Levac-Lafond said.

“My perspective is they are really happy about these events and they are really proud of their agriculture, and we are happy to be hosting this event and including this population.”

Sudbury's $5.3M Catalyst Fund gives entrepreneurs a leg up
Feb 13, 2020 9:38 AM
Comments
We welcome your feedback and encourage you to share your thoughts on this story. We ask that you be respectful of others and their points of view, refrain from personal attacks and stay on topic. To learn about our commenting policies and how we moderate, please read our Community Guidelines.