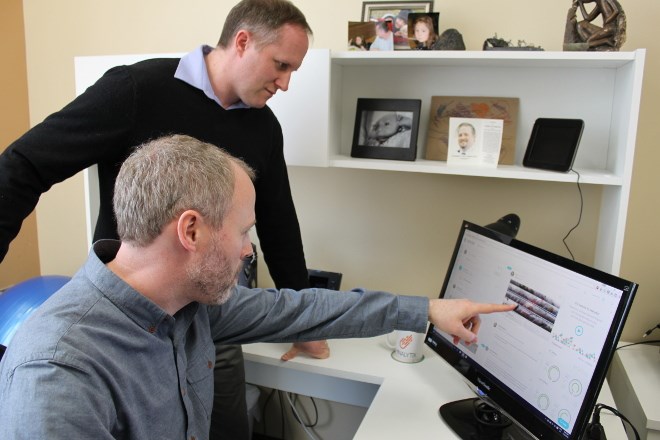 Minalytix believes data is key to a mining company's success, and its management and protection is paramount.

The Sudbury-based company has specialized in providing platforms and data storage services for the mining and exploration sectors since its inception five years ago.

Co-founder and CEO David Peres said its aim is to close gaps, not just in a project's data collection, but in the growing digitization of the mining industry. An easy-to-use digital platform helps bridge what Peres called the “knowledge gap,” allowing people with decades of those long-time contributors to share what they know with the younger generation on a platform both can understand.

Collecting and storing data is becoming more digital, and in turn, companies are seeing ways to have that information on demand wherever they are, be it in a corporate boardroom or in the field as they drill.

As well, those companies need ways to safeguard that data, run it and share analytics, while at the same time make it easy to share it with vendors.

Minalytix does all of that, Peres said.

“We help people manage data,” he said. “When I say manage, I mean help them with tools for digital transformation.”

The company has two sides. One is a custom software team that largely looks after mining safety data, helping to make the move from paper forms to digital. The other is risk management.

Peres explained it is the only one in the world that is “software to service,” and is completely made in the North.

Access to this data is critical in helping companies decide whether to keep working towards defining a resource, turn it into a reserve, plan a mine, run grade control, and more.

“It is a full-service data management control,” Peres said. “And anyone can use this, from junior miners to large corporations. We've made it user-friendly and accessible.”

David Kerr, head of product, said it’s also designed for any stage of mining a deposit.

“We took the time to design it very well, that it was intuitive, and easy to understand on its own,” he said.

Kerr said it’s also the first truly mobile application. The main component is a web-hosted application, but they have built an Android application and will launch an iOS application.

MX Deposit is available through app stores for download to mobile devices, while competitors have to be installed on laptops or desktops.

This makes it much easier for people to use and access, as it can be downloaded straight to a smartphone, a portable and ergonomic tool that can be brought out to the field and used wherever there is cellphone service.

“They could be collecting data right there on their phone as it comes, rather than putting it on paper and transferring it to a program later in a laptop,” Kerr said. “They can share that information with everyone else in the organization, or collect it offline and automatically sync that data once they get a connection back, just like any other mobile app.”

From there, data can be shared, validated and compared in real time for any scenario, from press releases to keeping track of progress and sharing success with stakeholders and team members.

Customer support is available, but over the year the program has been available, Kerr said, problems have been minimal.

Peres said the platform can be configured to a user’s needs and includes a one-hour training video.

“They are taking control of their own destiny, managing their affairs and configuring the system,” he said.

Minalytix has been getting help from Geosoft in the sale and marketing of MX Deposit on a global scale. So far, it has been sold to customers in 13 countries.

Starting a company from scratch is not an easy endeavour. Both Kerr and Peres said it’s a lot of hard work and thanks to support from customers and NORCAT, which took them on as a startup, Minalytix has grown to a company of 13 employees.

They have reached a point where the company is giving back by sharing their collective and individual knowledge with others through mentorship and speaking engagements.

Between themselves and co-founder and vice-president Rob Patterson, they have more than 35 years of experience in developing mining software.

THE DRIFT 2019: Sault fabrication shop takes personal approach to business
Apr 8, 2019 10:00 AM
Comments
We welcome your feedback and encourage you to share your thoughts on this story. We ask that you be respectful of others and their points of view, refrain from personal attacks and stay on topic. To learn about our commenting policies and how we moderate, please read our Community Guidelines.