Shawanaga First Nations Hatchery – A way of giving back

The youth of Shawanaga First Nation are carrying on the traditions of their elders, now with new technology
Listen to this article
00:05:36

On the shores of Georgian Bay, roughly 30 kilometers north-west of Parry Sound, Ontario, a small Anishinaabe community is making a big difference. The Band-owned and operated hatchery has evolved over the last three decades into a very successful community project that is not only ensuring the conservation of walleye stocks in local waterways but involving and teaching young people the great value of conservation.

Inspired by the teachings of their grandfathers to “give back what we take,” community leaders became interested in walleye culture and restoration in the Shawanaga River in the late 1970s. With the support of community members, in 1996, a hatchery was built at Shawanaga Landing on the edge of Shawanaga Inlet on Georgian Bay. The spawning bed nearby, is located about 2.5 kilometers from the mouth of the Shawanaga River. The hatchery used a flow-through system to produce 3 to 5 million walleye fry that were released into the water annually. This has since kept walleye stocks at a reasonably sustainable level.

The community’s Hatchery Operator Aaron Pamajewong says it is all about sustained survivability:

“Our elders taught us long ago that to ensure the sustainability of the resources that allow us to survive as human beings, we must give back. Involving our children teaches them this traditional community wisdom.”

In 2018, Shawanaga First Nation’s band government made an important decision to expand and upgrade their aging hatchery with new technology. This new culturing technology features a state-of-the-art RAS water recirculating system that destroys harmful bacteria. It has allowed the community to double its current fry output for stocking purposes as well as produce, for the first time, an important number of advanced fingerlings.

With the construction of the new 1500 square foot hatchery now completed, SFN now has the capacity to hatch over 8 million walleye fry and produce close to 200,000 advanced fingerlings. Although the new aquaculture system will eventually be equipped with eight fingerling holding tanks, the community has started production at half capacity, with four tanks in operation. “We are progressing with a step-by-step approach as we learn and get more familiar with the new aquaculture component of our hatchery operation,” added Mr. Pamajewong. Each tank has a capacity to hold 436 U.S. gallons of water. 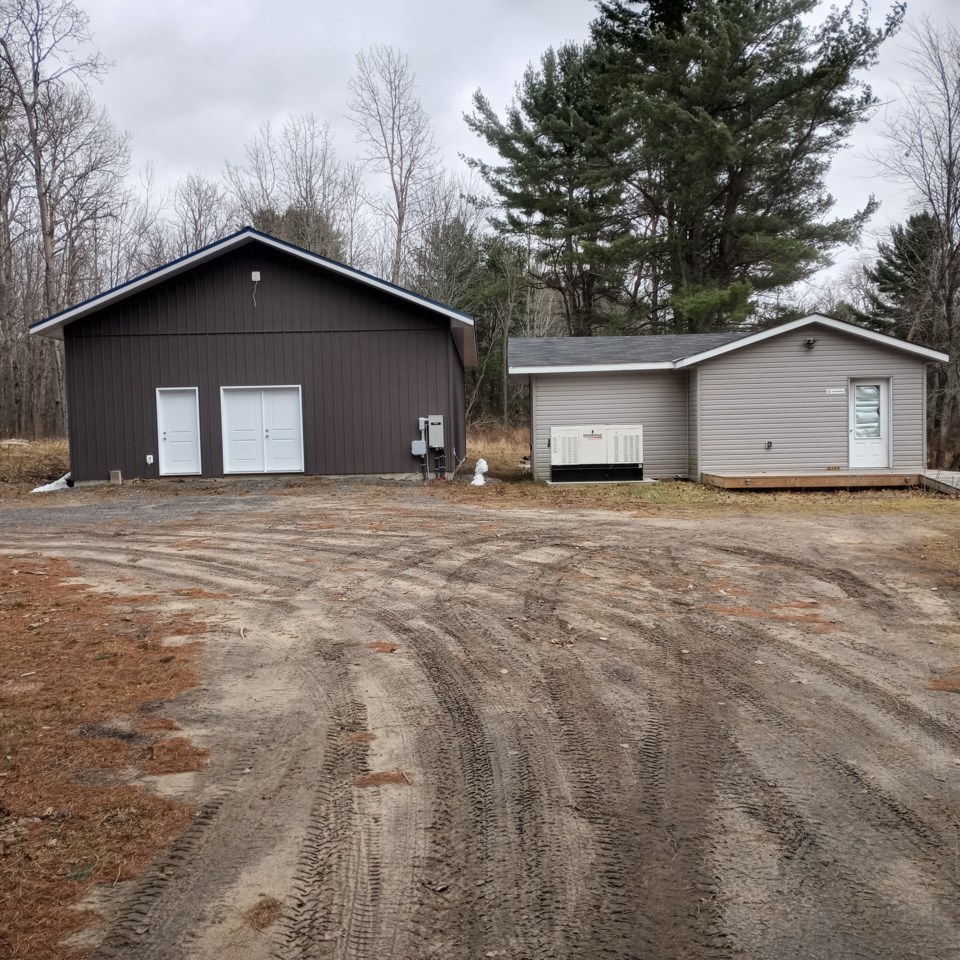 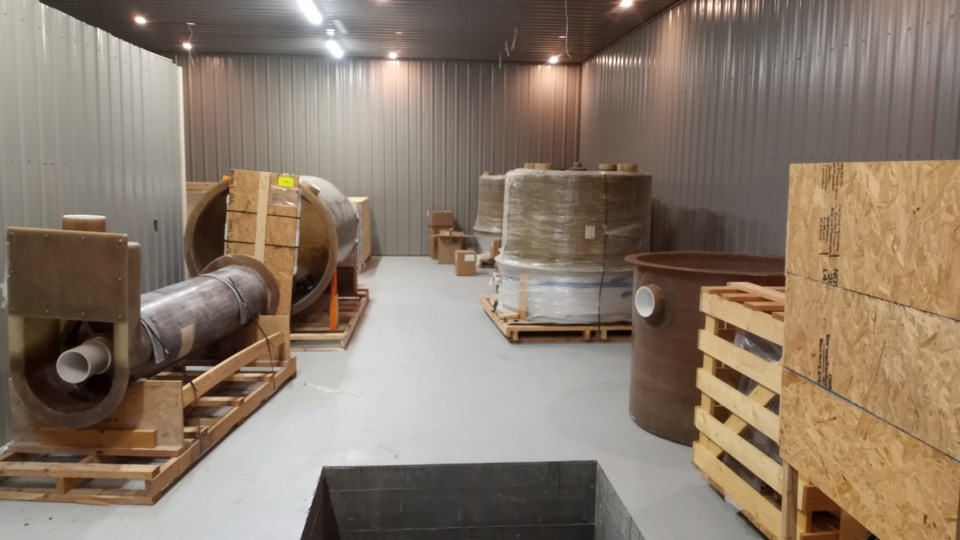 Many young people are now involved in the hatchery’s successful operations within the River Monitor Program. For many years going back at least to the 1970s, the community’s elders kept a close eye on recreational fishing in the area. Although some of the elders are still involved, the River Monitor Program was established to give young people the opportunity to learn the traditional knowledge. Day and night they now monitor the traditional harvesting and educate recreational anglers. Community members are limited to catching only three walleye per day during the highly sensitive spawning season (beginning of April to the end of May). Shawanaga First Nation has guidelines for their membership only, the licensed recreational anglers are prohibited from fishing during that period. 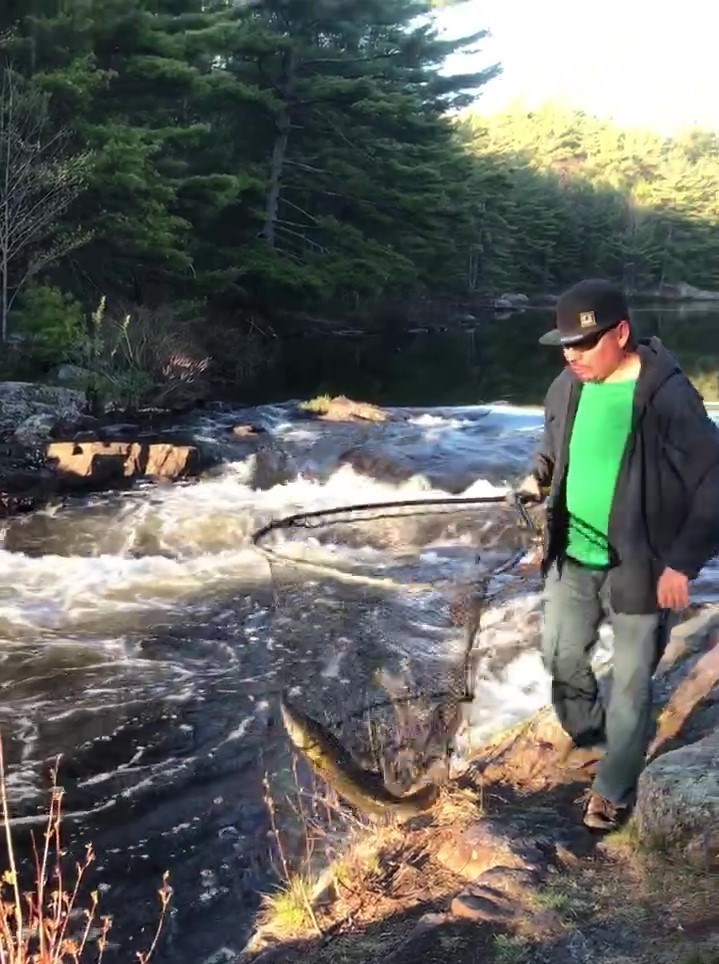 They work with hatchery staff and the traditional harvesters ensuring that each female walleye that is harvested has their eggs collected and fertilized for enhancement and rehabilitation efforts. Important data points from each fish are collected as well. River monitors are given a small honorarium for their time.

To this day, Shawanaga First Nation’s (SFN) fish culture program benefits from strong, long-standing support from the community and is recognised as a great opportunity to engage youth in all stages of the walleye collection, spawning, incubation and release processes, providing them with valuable experiences in fish culture and environmental management.

Recently, community members travelled to the State of Vermont to spend some time and learn from one of North America’s leading walleye culturing facilities. “This trip was of significant importance to our community. Our delegation obtained valuable knowledge that will allow us to move forward with our new aquaculture facility with greater efficiency and productivity,” added Mr. Pamajewong. As a result, the community is now in the planning stages of a formal study that will examine the feasibility of culturing rainbow trout for commercial markets. “We are excited about our future. Establishing a commercial aquaculture operation would create jobs and be an important revenue source for our community,” concluded Mr. Pamajewong.

Covid 19 played a very significant role in the community’s hatchery and aquaculture operations. Community leaders put in place a strict plan to ensure the health and safety of employees, the monitors and all members engaged in traditional harvesting.

Hatchery Operator Aaron Pamajewong and community business leaders behind the project are widely viewed as the “community champions” of the successful Shawanaga First Nation’s hatchery program. People worked tirelessly to bring this community’s cherished project to fruition. But the overall success of the project was only made possible with the full support and participation of the community as a whole. Fisheries and Oceans Canada’s Northern Integrated Commercial Fisheries Initiative (NICFI) provides business development planning support to First Nations with their community-based communal and aquaculture operations. However, without the wisdom passed on by the elders long ago of “giving back what we take,” Shawanaga First Nation’s growing and successful hatchery program may have never seen the light of day.

Visit us online to learn more.

There will no environmental shortcuts taken in the Ring of Fire, says federal natural resources minister
0

'The drifts were blue': miners share stories of diesel exposure
0