MineConnect serving as an advocacy group for 176 mining-related companies 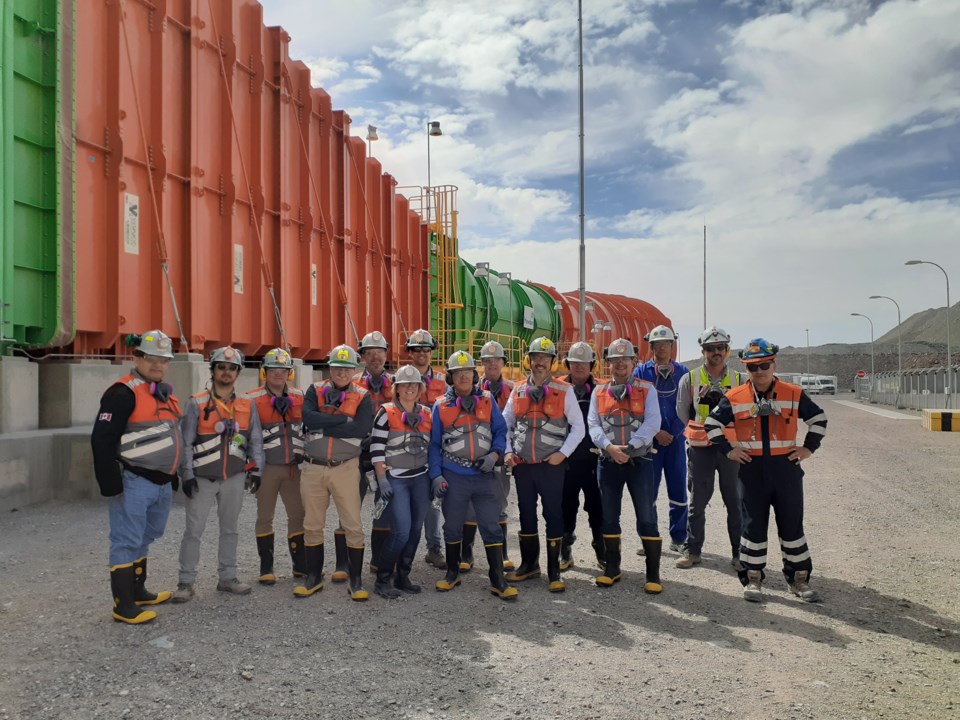 Out of sight, out of mind. That’s an old adage that could explain the reasons why relatively few people outside of northern Ontario appreciate the innovations taking place in the Canadian mining industry. Given that a great deal of activity that defines the industry is happening five or six thousand feet underground or in select boardrooms of highly-targeted mining technology companies, it’s easy to forget about the impact mining has on the Canadian economy. That’s something that the people behind MineConnect, a member-lead organization of companies in northern Ontario’s mining supply and services sector, are hoping to change.

“Last year mine operations generated almost $11 billion,” said Paul Bradette, Executive Director of MineConnect. “The mining supply and services sector in northern Ontario employs roughly 23,000 northerners with total revenues of over $7 billion, of which $2 billion are exports. That gives you a snapshot on just how important this industry is for Northern Ontario and for that matter all of Canada. The extraction side is huge, but so is the supply side.”

MineConnect brings together like-minded individuals and companies, primarily from the mining supply and services sector, with one single interest – marketing their companies to help them grow while raising northern Ontario’s profile as an international supplier of high-tech mining solutions. The organization was formed in 2003 as the Sudbury and Area Mining Supply and Services Association (SAMSSA) with a focus within the Sudbury area. The organization rebranded to MineConnect in March of 2020. The change of names is the most visible aspect of the re-branding, but there’s much more to it than that. “We want to start providing more services and a stronger value proposition to our members throughout the north,” Bradette says. “We want to re-position the association so it supports the growth of our member companies.”

Currently sitting with 176 members, MineConnect is focused on raising awareness of the ongoing evolution of northern Ontario’s high-tech mining industry. “Those outside the industry do not realise that mining is one of the most technologically advanced sectors in the world,” said Bradette. “Maybe it’s a health and safety issue they’re not clearly aware of. Those that live and breathe it know what its capabilities are. It’s a very safe industry. There’s tremendous care taken to ensure the proper technologies are in place to safeguard every employee in an Ontario mine. That’s something people might not be aware of if they’re not engaged with the industry.”

There are many examples of northern Ontario innovation being adopted both domestically and internationally according to Bradette.  For instance, the first battery-powered underground mining vehicles were developed by a northern Ontario company, and a local mining company was the first operation to adopt their use. Other companies are supplying things like high-scale advanced tele-robotics and autonomous technologies, innovations which are pushing the boundaries to help keep mining operations around the world state-of-the-art.

“Our members continue to develop cutting edge technologies that are adopted and deployed in mines throughout the world. MineConnect’s primary mandate is to ensure we are getting maximum exposure for these innovations which will in turn drive new business for our members so they can continue to grow,” said Bradette.

For its part, MineConnect is serving as the primary advocacy group for the supply side of the mining industry, facilitating everything from marketing campaigns to trade missions in other jurisdictions. Companies interested in becoming part of the MineConnect network can learn more at MineConnect.com.