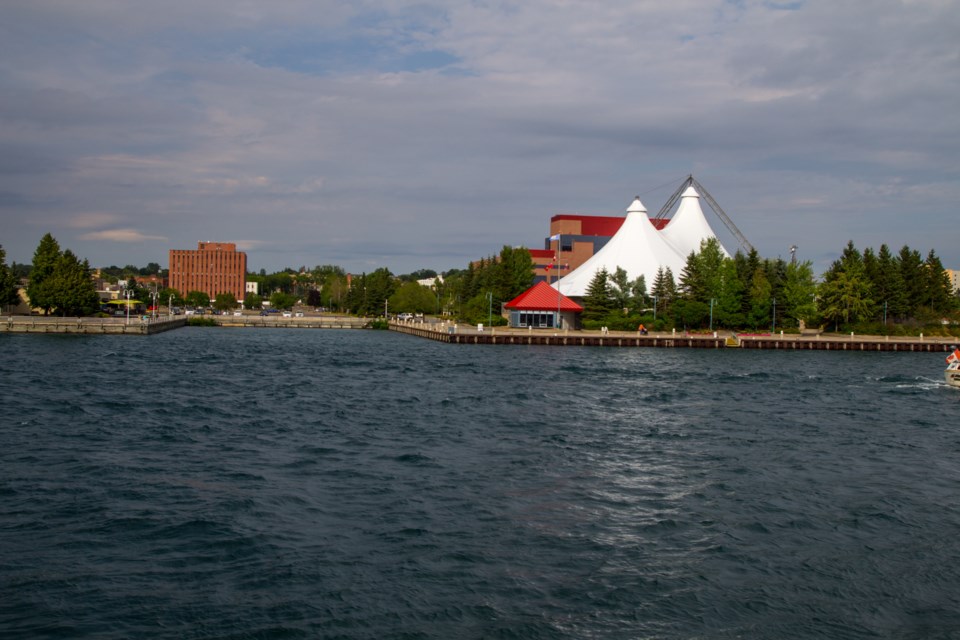 The total area measures 675 m², a single storey. Preconstruction occupancy was 182 and by the time the project was completed, the total occupancy load increased to 253. When PCL began, the space had already been pretty well cleared of the previous tenant’s usage. It was PCL’s job to do some minor demolition, but the majority of the project involved installing light gauge metal stud framing and drywall, flooring, ceiling tile and millwork.

“This was our first project in Sault Ste. Marie in quite a while,” says Isaac Alkhoury, Project Manager with PCL Construction Northern Ontario. “Coming out of the gate, we weren’t really sure what exactly we were going to be dealing with when it came to the trades, their skill sets and availability.”

Northern hospitality did not disappoint. “It was really pleasant to work in a town where it seemed like the trade contractors on site had a very good working relationship.” says Alkhoury. “It was a very happy working environment and that’s nice to see on these types of projects. The small town hospitality was really nice and helped make the project go smoothly.”

In bigger cities, people often don’t know each other as well. There can be a trade that may have an issue with another, or delays can happen, but in this case, everyone worked really well together right from the start.

That’s not to say there weren’t any challenges.

“Through the project lifecycle we went through two union strikes, yet we worked hard to complete our project on schedule.” says Alkhoury.

The construction schedule allowed for three months from start to completion. Work was done between the spring and summer of 2019. The labour challenges were handled well by both parties and were over relatively quickly. The longest strike, on the part of the plumbers’ union, lasted six weeks, but thanks to a pre-emptive approach, only one week of work ended up being lost. The plumbers had assumed a strike was coming and provided PCL with everything they needed to be able to continue working. It was all handled very well and very professionally by them, he says.

Thankfully labour issues are relatively rare. It’s something Alkhoury has experienced only twice in his 20 years on the job.

PCL has an ongoing relationship with Canada Life. They have a nationwide contract to renovate their existing offices and build their new offices. With this particular job, the insurance company was happy with the quality of finishing PCL completed.

“They [Canada Life] were extremely happy with the result as we’ve been awarded many projects, subsequent packages, since,” says Alkhoury.

PCL’s superintendent enjoyed getting to know Sault Ste. Marie, learning his way around and what the city has to offer. Says Paul Kamerads, “The trade contractors were very friendly and very helpful, they worked well together to make the project succeed and get it done on time, which was crucial coming into a new work environment. Shows how great people in the area really are.”

PCL Construction’s Sudbury office is here to serve the communities of Northern Ontario. The company has national expertise, local experience, and is eager to help in any way they can. For more information, call 705-995-2225.

Mining group, Science North to deliver lesson on how stuff is made
0