Local airline serves and connects the north—with a smile

Thunder Airlines to celebrate 28 years in business this Fall
Listen to this article
00:05:40

Thunder Airlines was once just a single mobile trailer and a small hangar.

That was back in October of 1994 in Thunder Bay, when they had first opened their doors. The company had just one goal in mind: to service the needs of northern Ontario.

Only two office staff took care of the entire 24-hour operation, doing everything from greeting customers to dispatching aircraft, and all accounting and administration duties. In those early days, the company had just 4 aircraft—1 Piper Navajo, 1 King Air 90 and 2 King Air 100’s. There were just 17 employees.

Back then, Thunder’s main customers were Bell, Hydro, the Ministry of Health and the Ministry of Natural Resources. No scheduled services were offered; all the work was chartered flights. They also relied heavily on a busy fire season for revenue. That, of course, was long before they purchased the hangar and office space that staff work out of today.

“The owners are a dedicated group of individuals who have backed the company through many changes, allowing it to grow to where it is today,” says Christa Calabrese, President of Thunder Airlines.

Later this year, the company will celebrate a remarkable 28 years in business. 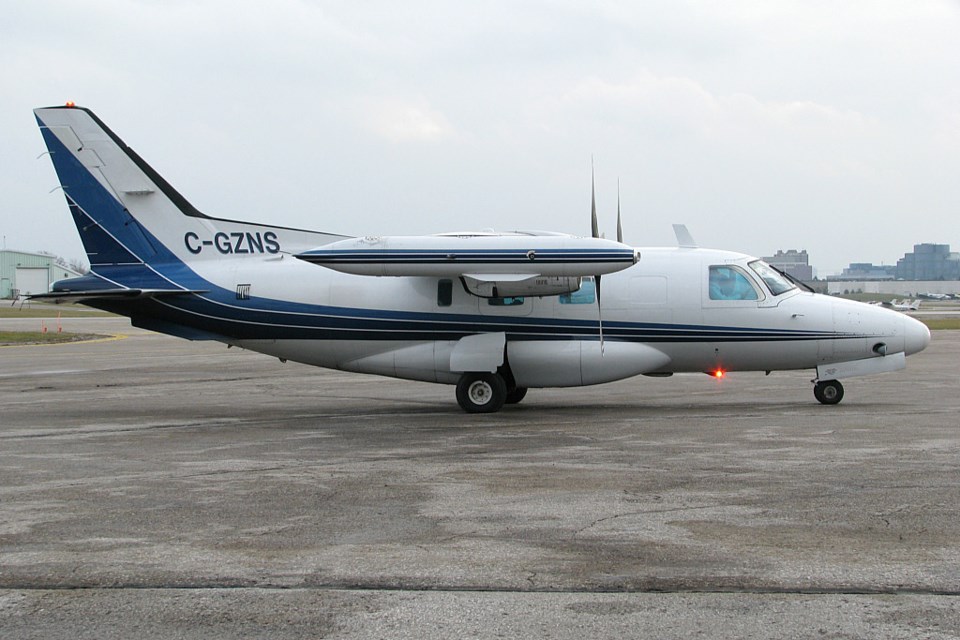 Their head office is located in Thunder Bay, with secondary bases in Timmins and Sudbury. They have full maintenance capabilities at all bases.

“As a company, we have tried many different things, including opening a base in Pickle Lake and running a Short 330 to transport cargo to remote communities,” says Calabrese. They have also had bases in Dryden and Sioux Lookout.

Thunder Airlines has been in the Air Ambulance business since the beginning. In 1999 they grew the operation when they bought out a competing company and ended up with a fleet of Mu2’s. These contracts have seen numerous changes; for several years they ran both Advanced and Primary Care services.

“We were proud to be able to add a daily scheduled air service from our Timmins base that serves the west coast of James Bay, including the communities of Moosonee, Fort Albany, Kashechewan, Attawapiskat and Peawanuk,” says the President.

Calabrese’s personal history with the company

The current President joined the company in 2002, in a part-time position in the accounting department. A few months later she was asked if she wanted to join the medical department to run the administration duties, a prospect she was excited about because it enabled her to learn more about the business.

In 2006 there was an opportunity for her to move back into accounting to run the department and that’s where she had been until stepping into the President’s role in June of 2021.

Says Calabrese, “I have had the pleasure of working for the three previous Presidents who have all retired: Ken Bittle, Bob Mackie and Jim Holm. The knowledge and experience I gained under their leadership have been invaluable to me.”

Going from being an upstart to managing to stay in business for nearly three decades is no mean feat. Calabrese credits the team as the reason for the company’s success.

“It’s a unique team,” she says. “It’s people who like the North. We have been particularly successful in Timmins. Our staff know our customers, they know them by name and see them frequently. We have been able to develop relationships that can’t be nurtured with a larger airline. Our staff feel like they are responding directly to people’s needs.”

An ongoing commitment to safety and customer service has surely helped the company’s longevity. Calabrese can’t say enough about their staff, who are excellent. Thunder Airlines has a core group who have years of experience in the airline industry; they work well together as a team and it’s that cooperation that makes the company shine, she says. In today’s labour market, it’s their employees’ continued dedication that helps keep them going. 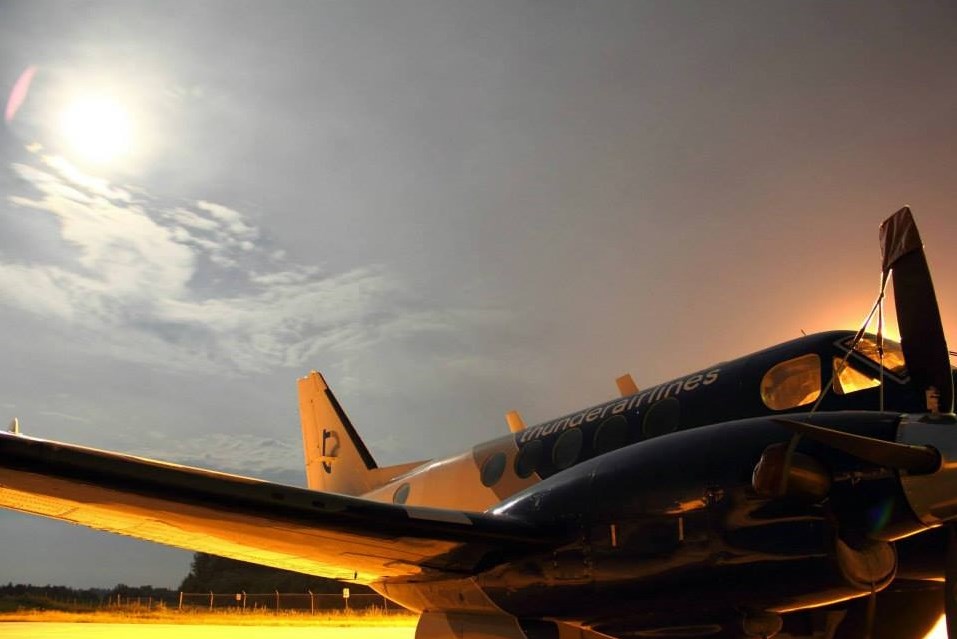 “I don’t think we can talk about the airline industry and not mention the Covid-19 pandemic,” says Calabrese. “Of course we felt the effects, especially at the beginning when our flying came to a standstill. Our Air Ambulance contract with Ornge was the only thing keeping us in business during the early days of the pandemic. Thankfully, we are coming out of the other side stronger and ready to work.”

The company’s next challenge will be pilot retention; they typically experience a lot of pilot turnover. As the industry ramps up again, that means movement for the flight crews. She knows that Thunder Airlines is a stepping stone, a place where pilots can come to build their hours and gain experience. Says the President, “Our goal is to give them a positive experience and have them walk away with a job well done.”

Today Thunder Airlines continues to supply Air Charter services to an ever-growing list of private and public sector clients, on both an ad-hoc and a contractual basis. Thunder provides a Ministry of Health-licenced Air Ambulance service to Ontarians under contract with Ornge.

Right now they have a total of 14 aircraft: 6 Mu2’s dedicated to medevac, 7 King Air 100’s for charter and scheduled service, and 1 Cessna Caravan for cargo and charter work.

The company is diverse and always looking to expand and help the communities throughout Northern Ontario.

Says Calabrese, “We are still small enough to take the time to attend to our customers’ individual needs. We want to be community leaders.”

Thunder Airlines is your northern connection, known for their competitive rates, friendly service and attention to detail. For more information, call 1-800-803-9943.

Here is your invite to the United Brotherhood of Carpenters’ National Apprenticeship Competition
May 12, 2022 4:20 PM

Spectrum Group – A look at the company one year after acquiring Steel Communications
Apr 27, 2022 7:00 AM

A happy accident: Woman finds her home in Timmins
0