How to save your batteries and keep money in your pocket

Battery Equaliser extends the life of expensive batteries
Listen to this article
00:02:52

Vented lead acid batteries initially had a pretty specific use. They were purchased around the globe by many countries’ military groups, to help ensure that their equipment was ready to go and operational at all times. This was necessary because they were needed in some of the most extreme conditions imaginable, such as punishingly hot deserts and freezing cold arctic climates.

Forty years ago, a Scottish engineering professor was asked to develop a better electrolyte that could be used by European lead acid battery manufacturers. The product that resulted from his research was called Battery Equaliser.

Now these types of batteries are used much more widely and the desire to extend their life is shared by many. They’re used in cars, trucks, boats, RVs, solar, deep cycle, ATVs, even golf carts and are relied on by many segments of the population, who need to know that their batteries are always in good condition and that they will be ready to go at any time.

Battery Equaliser is a water-based additive that can up to triple the life of many lead acid batteries. It helps maintain them, restores fluid to reduce sulfation and increases their performance. 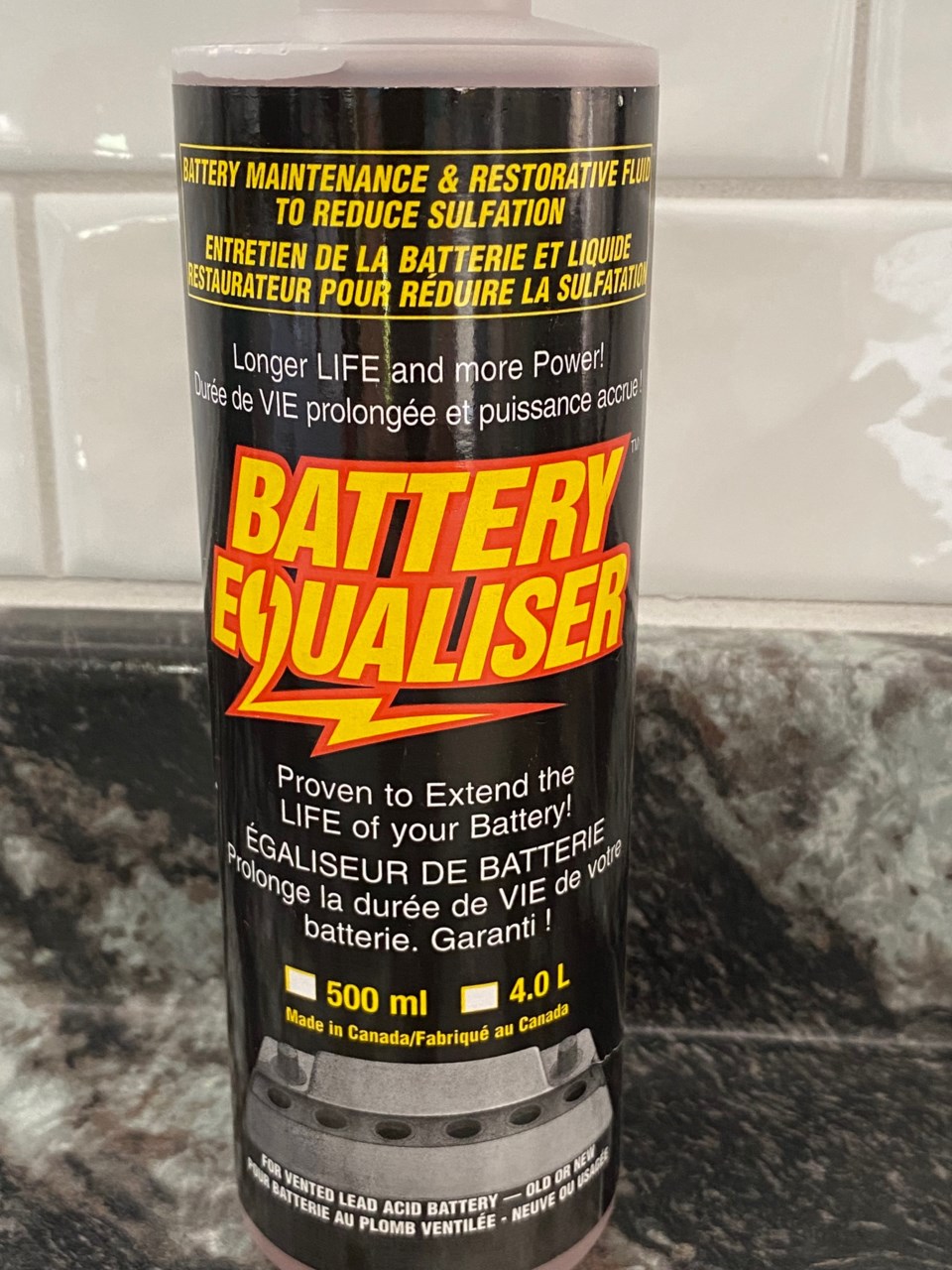 A single 500 ml bottle can treat five auto batteries, extending their running and discharge times. Batteries can charge faster and can save 25% on electricity.

You can use this booster even on batteries that are quite old; simply top up each low battery cell with an ounce or so of Battery Equaliser and you are all set.

Since this product was first invented, millions of batteries around the world have been treated and saved. Its application has widened considerably; for example, families who have solar units love being able to easily keep their solar batteries in tip-top shape in a cost-effective way.

Farmers have also found it incredibly useful. They tend to own a host of battery-driven equipment, which they need to keep running. With a product like this they can save $ money by not having to buy brand new batteries each season.

Legion members, too, have benefited from this invention. Many are retired and have a full schedule of trips and activities. They appreciate being able to be on the go while saving money, not having to constantly buy and replace expensive batteries.

Battery Equaliser is available in a small 500 ml bottle and retails at Home Hardware for about $35. This one modest purchase can easily end up saving you over $100 in batteries.

The product first appeared in Australia in 1979 and thousands have been made in Canada and have sold in Canada since.

Switching to propane as the main heating source is easy and affordable
Sep 28, 2021 7:00 AM

A Thunder Bay business faces $55,000 in court costs for challenging a closure order
0