Polar- Lube just one of the company’s many innovative products 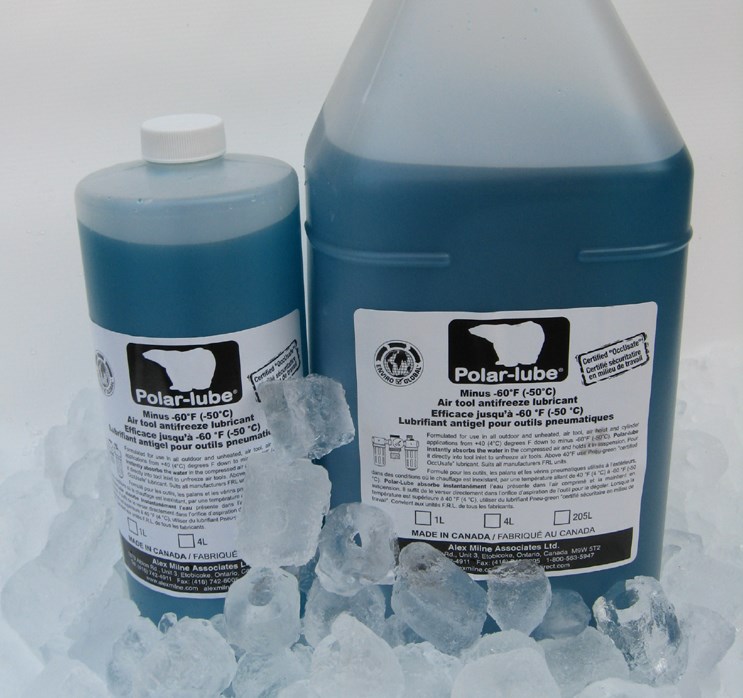 Necessity may be the mother of invention, but it was the lessons learned during a three-year global trek that inspired Bill Milne to become the father of a revolutionary sub-zero lubricant now sold around the world.

That product – sold as Polar- Lube by Alex Milne Associates ltd, the company started by Milne and his father in 1967 – has become the preferred lubricant choice for environmentally conscious companies operating machinery in cold temperatures that require effective lubrication.

“We developed this product about 40 years ago,” said Bill Milne. “I’m a bit on an innovator. My chemist and I sat down to see what wasn’t available in the marketplace, and we determined that was a lubricant product that could take you down to temperatures as low as minus 60 F. We’re probably the only lubricant group like this in Canada and the U.S.A.”

The story behind the evolution of Polar- Lube is as interesting as the product itself. After a successful sales career with the hydraulics and machinery company Wainbee, Milne gave up the position to travel the world with his then-girlfriend. That decision led to a three-year odyssey that took him through about 75 countries like Nepal, Pakistan and Afghanistan, where he witnessed the disparities in the way different cultures protect and destroy their local environments. That trip had a lasting impact on the kinds of products Milne felt he wanted to produce at Alex Milne Associates, which was once a leading producer of the chemicals used by dry-cleaning companies.

“All that stuff was kind of nasty,” said Milne, who upon returning from his trip bought his father’s share of the company. “He sold that for 10 or 12  years. After that trip, I became an Eco-nut. I deep-sixed the chemicals we were producing for dry cleaners.”

Taking the family company in a new, more Ecologically aware direction, Milne began creating new chemical products that were safer for the environment and for the people required to use and handle them. That included developing water-based cleaner products for the marine industry, which had traditionally relied on oil or solvent-based products, notorious for releasing pollutants into waterways.

“In the marine business, they were taking used batteries and putting them on the boats to use as anchors,” said Milne, whose line of products now includes everything from more Ecologically minded lubricants purchased by car manufacturers like General Motors and Ford to MOSQUITO-Less repellents produced with a garlic oil base.

“We’re the guys that came up with the term "OccUsafe,” said Milne. “We studied the lubricants that were available on the market. We knew we could come up with better  Eco-lubricants that were less apt to affect the worker's skin and lungs. It took us two or three years before we got everything together.”

Polar- Lube in now sold across North America, as well as in countries like New Zealand and Australia. With the realities of climate change affecting businesses around the world, Milne says there are potential new global markets for Alex Milne Associates products like Polar- Lube.

“As the globe warms, you’ll have a lot more industry going up into the north. They’ll need products to allow them to do that. You can’t just walk into a Hardware and buy something that goes down to minus 55 C.”

Discover the full line of products offered by Alex  Milne Associates by visiting www.alexmilne.com and www.mosquitoless.ca.

PCL keen on taking its international experience to local projects in the north
Feb 18, 2021 8:00 AM

Environmental opposition to the Ring of Fire is growing
0