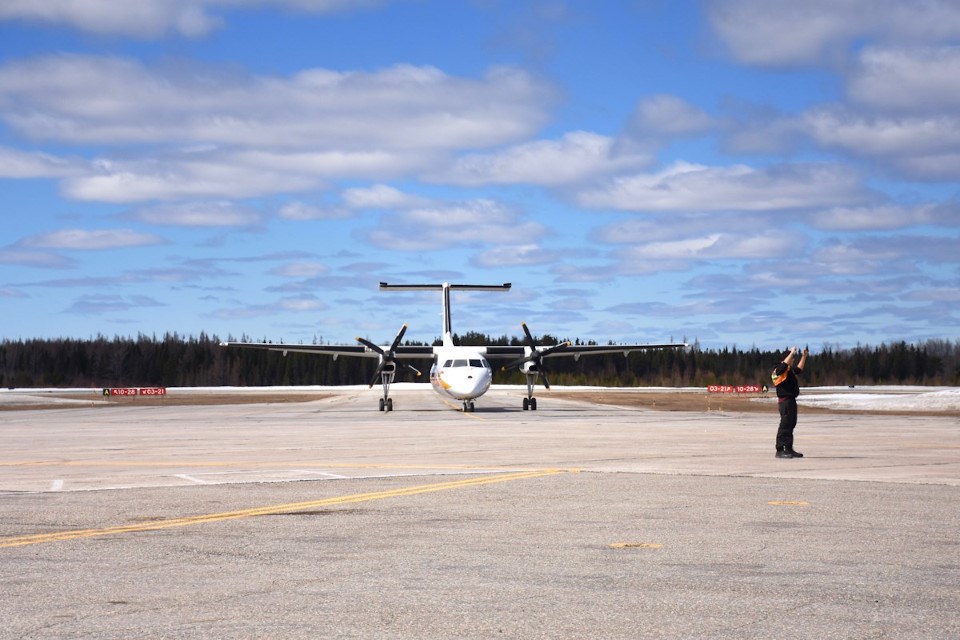 Timmins is digging a little deeper for airport runway upgrades.

At a special meeting on July 23, Timmins council approved increasing the asphalt thickness to 125 millimetres instead of 100 mm at the Timmins Victor M. Power Airport. The change will allow for heavier planes to land.

In June, Miller Paving was awarded a $7.5-million contract for the rehabilitation and resurfacing of two runways — 03-21 and 10-28. Increasing the thickness is adding an additional $1.9 million to the project.

When council approved the original work, airport manager Dave Dayment told council the estimate was "well below" the historical prices for asphalt.

At this week's meeting, Dayment said the option chosen will be in place for about 25 years.

He explained heavier planes already land at the airport, noting there have been about six Boeing 737s recently landing to transport forest firefighters.

“We can handle some heavier aircraft but it’s wear and tear on the runway,” he said.

Adding the additional asphalt, he said, will mean they do less damage to the runway.

With mines nearby starting up, he said it also gives them a sign Timmins is ready.

Coun. Kristin Murray, who sits on the Timmins Economic Development Corporation board, noted it's going to cost a bit, but the payoff will be great.

At a recent TEDC meeting, she said they talked about focusing on "creating that atmosphere of it being advancing our technologies, advancing our opportunities."

"So I just see this really aligning with the direction we want to go as a municipality, and I think I really do support just increasing our operations, our business, and this is a really good chance for us to do something long-term,” she said.

Coun. Andrew Marks, who was chairing the meeting in the absence of Mayor George Pirie, said the city should grasp the opportunity in front of them.

The process to upgrade the runways has been in the works for a while.

An application was made to Transport Canada's Airside Capital Assistance Program (ACAP) in 2018. Golder Associates did the engineered runway condition assessment, with the report indicating the pavement was nearing the end of life and required major rehabilitation.

ACAP funding for the main runway (03-21) was approved in March and is for $5 million, or 65 per cent of the maximum allowance of the engineer's estimate, which was $8.8 million.

The second runway did not qualify for ACAP funding. The $1.8 million to rehabilitate that runway will come from the airport reserve, which is currently at $6.8 million.

Work on one of the runways will start the first week of August, said Dayment. Work on the second runway will be deferred to June 2021, with the pricing remaining the same.