Fred Gibbons will retire from Northern College this June
Jan 22, 2020 8:00 AM By: Lindsay Kelly 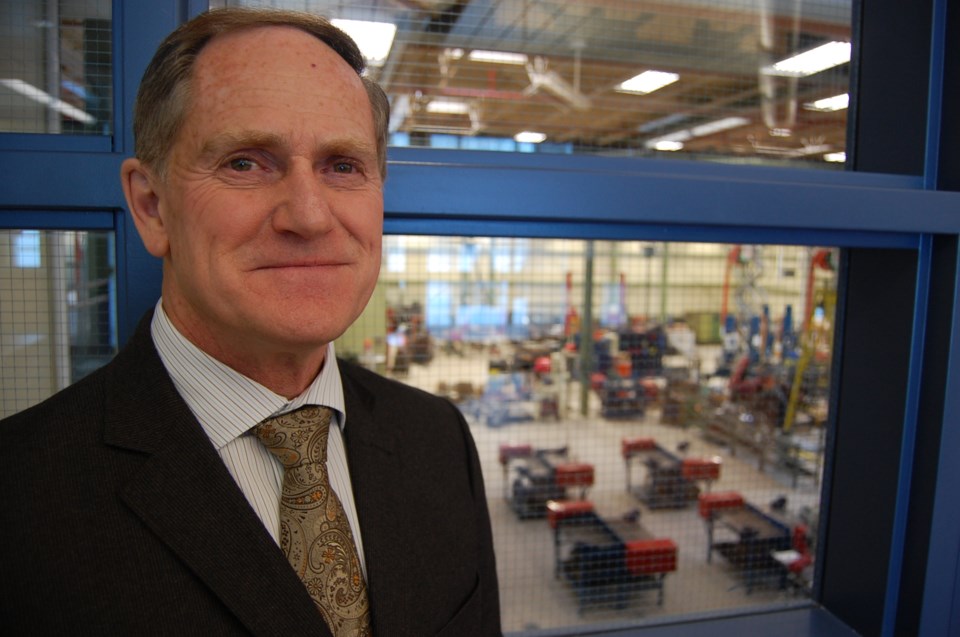 Fred Gibbons will retire from his role as president of Northern College in June. (File photo)

Five months from now, when Fred Gibbons retires from Northern College, it’s unlikely you’ll see him lounging around with his feet up, living a life of leisure.

After 26 years at the Timmins college – the last 10 serving as the institution’s top administrator – Gibbons said he’s accustomed to the hectic pace, and he’s eagerly anticipating the opportunity to contribute to the community in a different way.

“I'm looking for other opportunities that I can contribute some of my experience to,” he said.

“I'm not looking for another full time job, that's for sure – I want to enjoy some of the time that's ahead of me now – but I do have a lot of skills and abilities to contribute to the community in a meaningful way, one which I think can drive benefit to whatever organization or board that might be, but also one that continues to provide me with a satisfaction from those efforts as well.”

Gibbons first came to Northern College in 1992, to teach and develop curriculum. From there, he served in a variety of roles, including registrar and director of student services, executive director of college development and registrar, principal of the Haileybury School of Mines, and executive regional director.

He succeeded Michael Hill as president in 2009, first in an interim capacity before the board of governors appointed him to the role full time in July of that year.

Under his leadership, the college has undertaken several major construction projects. The Centre of Excellence for Trades in Technology opened in 2010; the East End Family Health Team’s new facilities were added in 2010; and the Integrated Emergency Services Complex became operational in 2018. A newly created Mining Innovation Hub is expected to open this spring.

With that kind of track record, it can be tempting to ask why Gibbons would leave now.

It comes down to a “convergence of factors,” he said.

Following his last contract renewal in 2017, Gibbons had indicated this would be his final term as president. He’s currently about halfway through that five-year term, but he believes his departure now is in both his and the school’s best interests.

The current strategic plan concludes at the end of March, after which the school will begin working on the next iteration.

“I think that'd be really unfair giving birth to a new strategic plan and then exiting the organization, and then requiring a new, incoming president to essentially adopt something they didn't have a lot of input into,” he said.

Gibbons also feels confident that he’s leaving while the school is in a good position. Over the last decade, Northern has introduced new programs, refreshed existing ones, and actively worked to stabilize domestic enrollment while growing its body of international students.

“There’s stability to the operations, and then, as we think forward, there’s an opportunity to involve a new president with fresh perspectives and creating that new strategic plan,” he said.

Northern’s operations are stable now, but they were anything but in 1995 when Gibbons first started working at Northern College.

"At the same time, the government of the day reduced operating grants to colleges by 15 per cent. Predictably, the impact of these events saw Northern College slip into deficit shortly thereafter."

Administration and faculty worked hard to achieve a balanced budget, growing enrolment and making big changes to the program offerings.

“Today, we're in a very different position,” Gibbons said. “We're not just focused on trying to balance the budget, but in fact we're able to achieve some year-end surpluses that are allowing us to continue at a faster rate to renew programs, develop new programs, ensure that our facilities are up to the expectations of the learners, and, the odd year, allows us to put up new facilities as well.”

He’s proud of the familial environment faculty and students share, and he’s particularly excited about a recent key performance indicator (KPI) that demonstrates Northern College is number one in the province in employer satisfaction – employers find graduates to be prepared, skilled and knowledgeable when they enter the workforce.

“(Employers are) not having to reinvest a lot of time, effort and expense into training our graduates how to do the job,” Gibbons said. “They're job-ready.”

Northern will now retain an executive search firm to find Gibbons’ replacement, who the school anticipates having in place by the end of June before his departure.

New gold mine boosts Gogama chamber
Sep 15, 2020 10:03 AM
Comments
We welcome your feedback and encourage you to share your thoughts. We ask that you be respectful of others and their points of view, refrain from personal attacks and stay on topic. To learn about our commenting policies and how we moderate, please read our Community Guidelines.