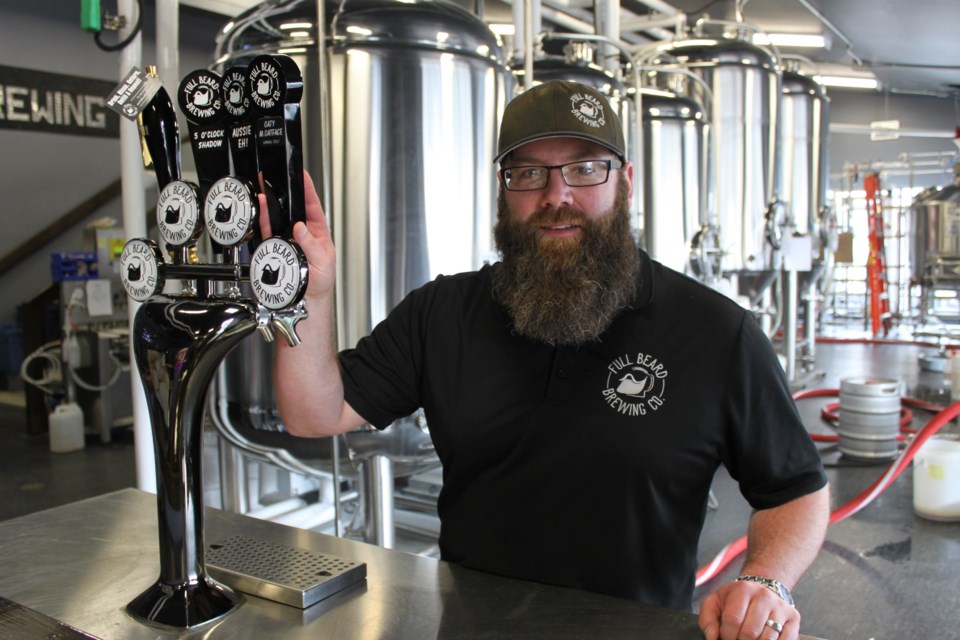 Jonathan St-Pierre launched Full Beard Brewing in 2017. He and his board are now looking to expand to Ottawa, and are selling shares in the company – for $1 a share – to raise the $1.5 million needed. (File photo)

Beer lovers have an opportunity to own their own little piece of a Northern Ontario brewery thanks to a new crowdfunding campaign to expand Full Beard Brewing in Timmins.

The company has enjoyed steady sales since launching in 2017, but has reached its brewing capacity. It’s now looking to expand its reach to Ottawa. But to do that, it needs to raise $1.5 million in funding, which it’s doing through a crowdfunding campaign, selling each share for $1.

Of the $1.5 million to be raised, $1.25 million will be used to purchase equipment, ingredients and marketing materials, while the remaining $250,000 will be used as working capital.

“We have been met with nothing but support so far,” founder and co-owner Jonathan St-Pierre said in a news release.

“This last summer was difficult for us in that we could not make enough beer to supply the demand and we had to cut out some recipes. We don’t want to face that problem again.”

To be located in the Ottawa suburb of Barrhaven, the new location will include 10,000 square feet of space, including a tasting room with a capacity of 60 to 80 people and an event venue that will accommodate 150 to 160 people. There will also be room to scale up as demand increases.

Mimicking the look and feel of the Timmins location, the new Ottawa space will also be run by the same board of directors, one of whom is committed to moving to Ottawa to run that location, noted the release.

All the same recipes will be used, and the company’s brewers will train the Ottawa brewer in their procedures to ensure consistency.

Based on sales figures from the Timmins location, the owners are projecting $2.5 million in sales after year two at the Ottawa location, and more than $4.7 million after year five.

Benjie Potvin, co-owner at Full Beard, said the company decided to take this approach to fundraising the capital for the new space following requests from customers asking how they could invest in the venture.

“Rather than use contract brewers and give away profit margins, we opted to open a second location in a larger market,” Potvin said in the release.

“We need people’s investment to make this happen and we want every shareholder to feel like they can be a part of something. We want shareholders to wear Full Beard Brewing gear and be able to drink the beer they own at their favourite bar or restaurant.”

Currently, Full Beard has secured more than 80 licensed accounts, and is available in more than 10 Northern Ontario Beer Stores. It is now being shipped to LCBO retail outlets.

The crowdfunding campaign is currently on standby, and is expected to launch within a few weeks.

Visit the site at http://www.frontfundr.com/Company/full-beard.

Nickel hunter primed for step-out exploration on its Timmins property
Oct 1, 2020 1:00 PM
Comments
We welcome your feedback and encourage you to share your thoughts. We ask that you be respectful of others and their points of view, refrain from personal attacks and stay on topic. To learn about our commenting policies and how we moderate, please read our Community Guidelines.