Timmins-based Norex Drilling to be acquired in $19.7M deal 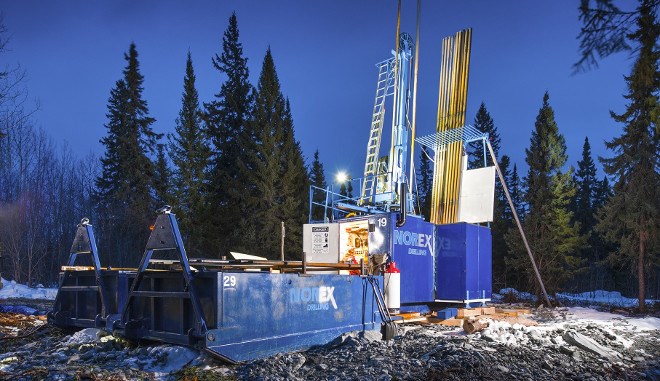 Timmins-based Norex Drilling will be acquired by Major Drilling in a $19.7-million deal. (Norex photo)

Timmins-based Norex Drilling Ltd. will be acquired by Major Drilling in a $19.7-million deal.

Major Drilling, which is headquartered in Moncton, N.B., made the announcement on Oct. 7.

The company is one of the largest drilling companies in the world, with field operations and offices in Canada, the United States, Mexico, South America, Asia, Africa and Europe.

The agreement will include a cash payment of $15.2 million payable on closing of the transaction, subject to working capital adjustments; $2 million paid by the issuance of common shares of Major Drilling, valued on the closing of the transaction (subject to TSX approval); and an earn-out of $2.5 million payable in cash following the third anniversary of closing. The cash portion of the purchase price is expected to be funded from Major Drilling’s current cash balance.

“Norex has been operating successfully in the Ontario marketplace for some 40 years, and has a solid reputation with its clients," said Denis Larocque, president and CEO of Major Drilling, in a news release.

“The acquisition of Norex is a unique opportunity for Major Drilling to gain a strong position to service our customers in both surface and underground exploration drilling services in the prolific Northeastern Ontario region.

“The culture and operational values of both companies are very similar in terms of personnel and strategies, and this will allow us to provide our customers with expanded drilling services.”

Established in 1980, Norex is a family-owned and -operated company with 120 employees.

It specializes in providing drilling services to the mineral exploration industry and to the underground mining sector, both domestically and internationally.

Major Drilling said it would take over Norex’s existing contracts, and acquire its equipment, which includes 22 drill rigs, including 17 compatible specialized surface drill rigs and 5 underground drills, together with related support equipment and inventory.

The company also said it would retain the Norex management team.

The deal is expected to close on or about Nov. 1.

Keeping comms open in one of the world’s deepest mines
Feb 10, 2020 9:27 AM
Comments
We welcome your feedback and encourage you to share your thoughts on this story. We ask that you be respectful of others and their points of view, refrain from personal attacks and stay on topic. To learn about our commenting policies and how we moderate, please read our Community Guidelines.