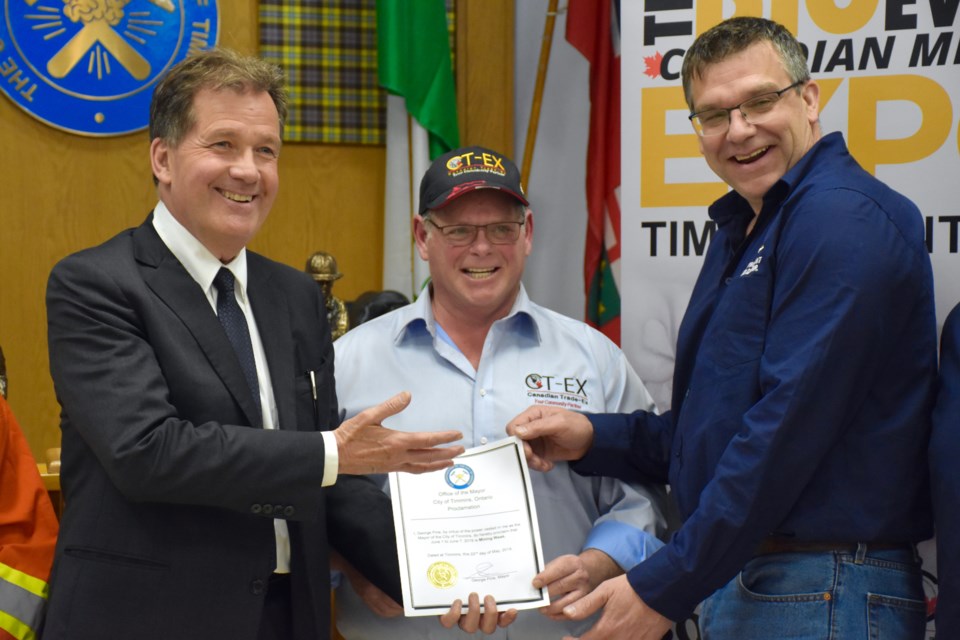 Thousands of people are expected to roll through the upcoming Canadian Mining Expo.

The Big Event is returning to the McIntyre Community Centre in Timmins June 5 and 6, and will feature more than 400 displays.

"We’re all hoping that the industry picks up a little bit, the price of gold rises a little bit, and I’m sure this camp will again and still be one of the hottest mining gold camps in Canada.

“We’re proud of what’s going on here in Timmins, and this event is basically a showcase of what is going on.”

For the companies exhibiting, Dredhart said they are encouraged to open their eyes to the potential of setting up in the Porcupine camp, whether it's opening a warehouse, or setting up a sales representative for a product or service line.

“We’re really happy because we have a relationship with our city that we feel is really good, and our backbone is mining and our mining heritage, along with our lumber industry, so we feel that there’s no better place than Timmins,” he said.

Each year, Dredhart said they try to add an activity to offer something new.

This year, the First Nations Partnership Pavilion will feature successful partnerships with companies. It's being sponsored by the Missanabie Cree First Nation and will be set up across from the McIntyre Curling Rink.

The original version of this story first appeared on TimminsToday.com.