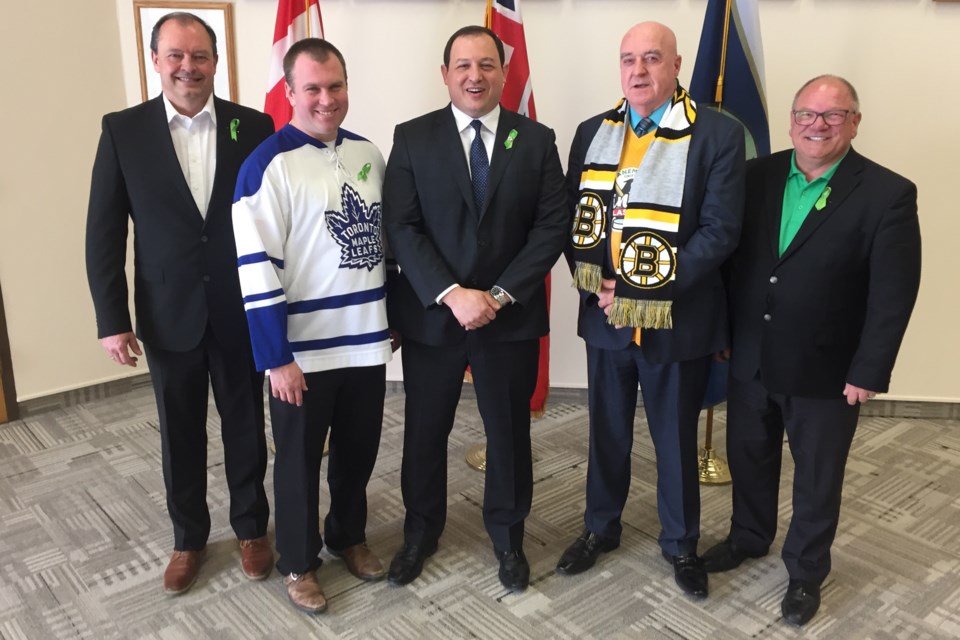 "It's all about attracting people and jobs to our region. I think that's the critical priority for most of us in Northern Ontario," Black said in Sault Ste. Marie, where he was attending a meeting of Northern Ontario Large Urban Mayors on April 12.

The other mayors – North Bay's Al McDonald, Thunder Bay's Keith Hobbs, Sudbury's Brian Bigger and the Sault's Christian Provenzano, joined with Black in issuing a joint call for an immigration plan for the North, after hearing a presentation from the Sault mayor about demographic trends.

"All of us feel very strongly that we need more assistance from the federal government to deal with the demographic issues that we have in Northern Ontario," Provenzano said.

A report on population projections released last year by Ontario's finance ministry showed the North is headed for a population drop of 15,000 residents by 2041.

"We're calling on the federal government to immediately implement a pilot project in Northern Ontario, similar to one in Atlantic Canada," Provenzano said.

In that program, the federal government and provincial governments in New Brunswick, Nova Scotia, Prince Edward Island and Newfoundland and Labrador expedite the hiring process for candidates who aren't Canadian citizens or permanent residents.

"In the next 25 years, the population growth in Ontario is going to be about 30 per cent, but we're going to see declining population in Northern Ontario," McDonald said.

"People are not migrating from southern Ontario to Northern Ontario. Our businesses and industries are already having trouble finding the skilled trades that they need. If they can't find the labour force that they need, they're going to migrate south as well. It starts that whole roller coaster snowball going down the hill."

"We need a strategy. We're not even 100 per cent sure the Atlantic Canada strategy's going to work, but we want to be part of that pilot project because our population's decreasing already. If we're going to wait to see what the results are down the road, that's not going to be very effective for us," the North Bay mayor said.

All five of the Northern Ontario mayors have committed to ask their respective municipal councils to support federal immigration help.

Mayor Steve Black said the five Northern mayors found common ground on several other issues during the meeting, including adequate federal financing for FedNor and ensuring adequate highway and electrical infrastructure for the Ring of Fire project.

The mayors want to make the Ring of Fire an issue in the upcoming provincial election.

"We'd like all three parties to make clear what their commitment is in the next four years toward that infrastructure that's needed," Black said.

"We have several projects in the Timmins area that are in the pipeline and feasibility study for consideration," Black said. "Energy rates play a big role in all of them. We'd like to see a northern industrial rate of under six cents a kilowatt hour for those large-scale industrial projects."

"We'd like to see a commitment from all three leaders saying they won't download any more services or costs to the municipal level of government."

"Often our financial challenges and tax challenges in our communities are a result of downloads from the provincial government. As part of that, we've asked for the uploading of social services and emergency medical services costs which historically were provincial costs but were downloaded in the 90s and represent a significant portion of municipal budgets."

"If we didn't have to cover that provincial responsibility we could be re-investing into roads and economic development in our own communities," Mayor Black said.