The Town of Kapuskasing is playing the waiting game to hear whether the community and its partner will be approved for a medical marijuana production facility.
0
Jul 6, 2016 5:17 PM By: Lindsay Kelly 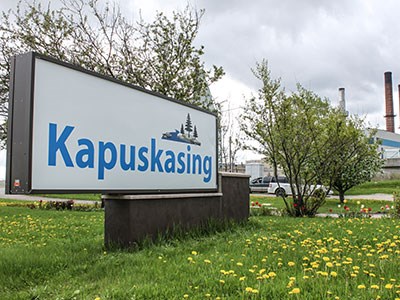 Kapuskasing is partnering with CannAssist to bring a medical marijuana facility to town.

The Town of Kapuskasing is playing the waiting game to hear whether the community and its partner will be approved for a medical marijuana production facility.

The town has been in discussion with CannAssist, a distributor for medical-grade marijuana, since 2014.

CannAssist proposes building a 29,000-square-foot facility at the Kapuskasing Airport where medicinal marijuana would be processed and readied for sale to clients.

André Robichaud, Kapuskasing’s economic development officer, said the partnership with CannAssist represents an opportunity for the town to get involved in a new, emerging industry, and with that comes jobs.

“For a community the size of Kapuskasing, that’s pretty substantial when you’re talking about 40 new jobs,” Robichaud said. “We look at it as outside money, too; it’s not like the retail or a restaurant — this is new money coming into the community, so that’s very important when it comes to economic development.”

Though it’s unclear how many of those jobs will be available to local residents, Robichaud said the town is already thinking ahead.

“It may not be like mining and forestry where these skill sets will be readily available, especially at the higher end jobs,” he said. “But our plan is to maximize the local economic impact of the project, and if the colleges have a role to play in there, or some training providers in town, we’ll make sure they get that opportunity.”

Because standards for medical marijuana facilities are so stringent, it has taken other producers anywhere between two and three years to get government approval to go ahead, but Robichaud is hopeful confirmation can come sooner.

Under the current proposal, the town would build the facility with money from its coffers and lease it back to CannAssist. Robichaud said it’s unlikely there would be government funding available to assist with construction costs for the project.

He estimates there are currently about 30 licensed medical marijuana producers across the country, but not all have production facilities, so the timing is right, he said, for Kapuskasing to get into the industry.

The community response, meanwhile, has been positive, especially once people realize the facility isn’t just a fancy “grow op.”

“I think once you put the security issue to rest, there’s broad support for the project.”

This would be the second medical marijuana facility proposed for Northern Ontario.

Last fall, DelShen Therapeutics announced it was partnering with Wahgoshig First Nation on a similar facility, which would be established at a former government-built forestry nursery in Swastika, near Kirkland Lake.