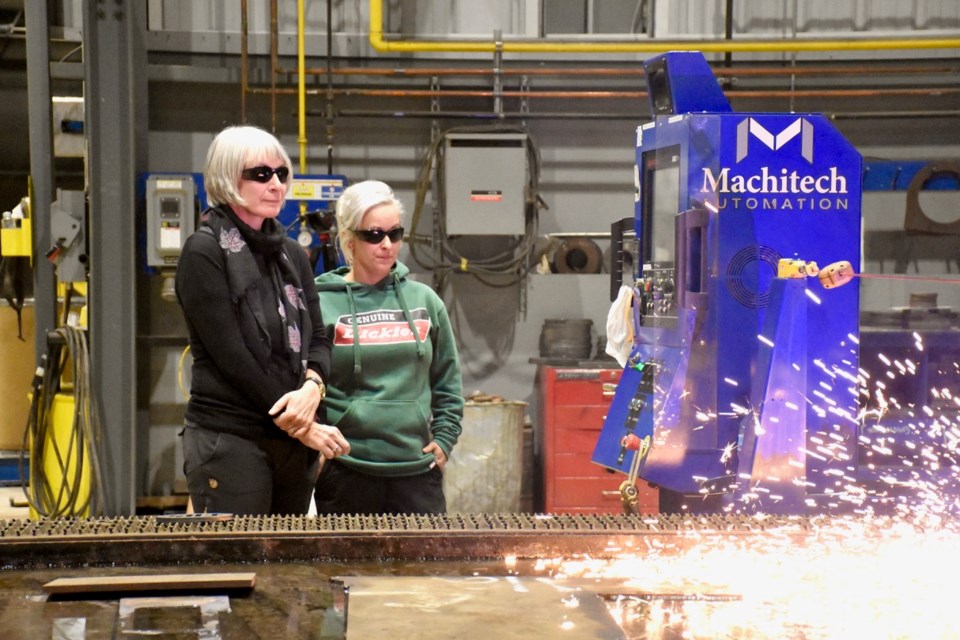 A growing Timmins business has been given a boost by the federal government.

On Aug. 24, FedNor announced a $2.1-million repayable contribution for The Bucket Shop, which is expanding and creating up to 40 new jobs.

Patty Hajdu, minister of employment, workforce development and labour, made the announcement on behalf of Minister Navdeep Bains, who is responsible for FedNor.

“The Bucket Shop has been growing and making a huge investment in the region in terms of bringing on new people, training new people, and obviously creating new jobs,” Hajdu said during a visit to the Timmins shop.

The Bucket Shop does fabrication and maintenance for underground buckets, and mobile maintenance support for the mining industry.

Timmins council approved the site plan control agreement for the new expansion at its August meeting.

The Bucket Shop president Ross Woodward said ground was broken on the project in mid-August. He expects to have it closed in by Christmas.

The work that's underway was to be done three years ago, but was put off for a number of reasons.

“It’s going to be the icing on the cake, really, when we get this next phase done. It actually completes the whole project,” said Woodward.

He said they are proud to be in Timmins.

"We could have built this place anywhere, and the truth of the matter is some of our struggles might have been more easily dealt with in a more southern atmosphere. But we believe in Timmins," Woodward said.

"Mining’s had a tough go a little bit since 2008. We’re hoping for it to regenerate and we’re ahead of the curve. Because you can’t wait 'til everything is perfect then try to build a facility like this; you’d be behind the game. It’s coming along. We have more welders today than we’ve ever had working within this facility.”