Exploration drilling raising cash for fight against cancer in Timmins

Lake Shore Gold, Orbit Garant have partnered for the initiative
0
May 4, 2020 9:34 AM By: TimminsToday Staff 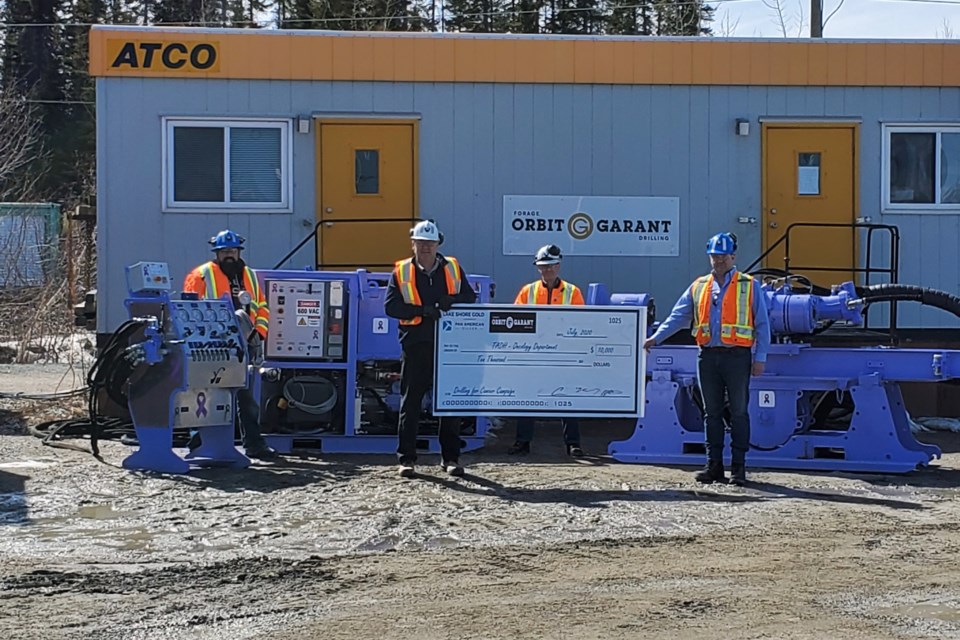 A new partnership has Lake Shore Gold and Orbit Garant Drilling helping in the fight against cancer.

The companies are "fighting cancer one metre at a time" with a new initiative, Drilling for Cancer.

For every metre drilled in their exploration program, the partners are setting aside cash to donate.

So far, $10,000 has been raised for the Timmins and District Hospital's oncology department.

"The partnership between our contractors and stakeholders are essential to our business and our community," said Marcel Cardinal, Lake Shore Gold's director of environment and sustainability.

According to Lake Shore Gold, a subsidiary of Pan American Silver, the initiative took shape earlier this year in meetings to identify how much exploration drilling the Timmins mine and Orbit Garant needs to do.

"In order to accommodate the additional drilling, Orbit identified that a new drill was going to be needed, which began the discussions of drilling for a cause," reads a news release.

"The group decided to paint the drill purple in order to identify our fight against cancer."

In Timmins, Lake Shore Gold owns and operates the Timmins West Mine and the Bell Creek Mine, which both feed the Bell Creek mill. The properties have proven and probable reserves of 988,000 gold.