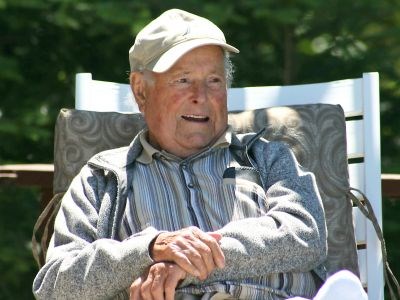 Heinz Dittmann, a founder of Three H Office Furniture Systems in New Liskeard, has died at the age of 89.

Dittmann led the development of Three H, based in New Liskeard, as a unique, made-to-order laminate furniture company that ultimately spanned the North American marketplace.

Three H has become a leading presence in the design and manufacture of mid-market office case good solutions as a result of Dittman’s early vision for craft-oriented solutions.

Following the Second World War, and with several years of furniture experience as a cabinetmaker behind him, Heinz Dittmann emigrated to Toronto with entrepreneurial aspirations. Eventually, he and two partners, Helmer Pedersen and Helmut Moeltner, founded Three H in 1973.

The Dittmann family remains committed to his vision, which continues to inspire the company with award-winning and design-savvy product lines.

His legacy is evident in the growth and success of the company, and a strong and vibrant community of New Liskeard.

In 2015, the company added a half-million-dollar expansion to its 40,000-square-foot shop, which enlarged the facility by 10 per cent and added 10 jobs to the 80-person workforce.

Three H is still family-owned and operated, with Heinz’s son, Roy Dittmann, in the role of president; Brian Conlin, his son-in-law, as COO; Mark Conlin, his grandson, as vice-president of service and operations; and Natasha Dittmann, his granddaughter, as customer service representative.

Heinz is also survived by his wife, Gerda, their son, Karl, and three daughters: Beate, Barbel and Christine.