Thunder Bay-area's only abattoir is for sale 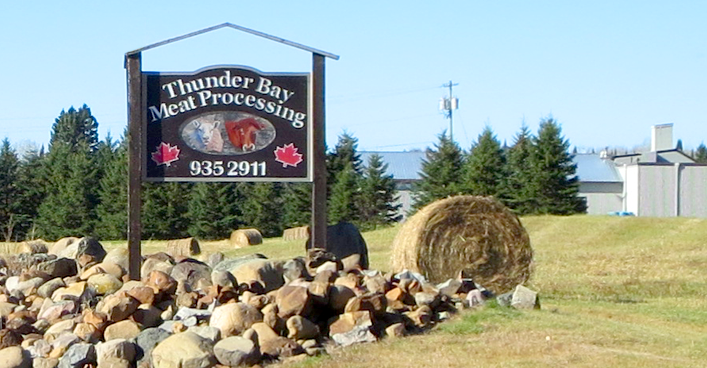 Thunder Bay Meat Processing is an abattoir located on Oliver Rd. in Murillo

The only abattoir in the District of Thunder Bay is up for sale.

If a new operator doesn't come forward, Oliver-Paipoonge Mayor Lucy Kloosterhuis says it will be heavy blow to local meat producers and to the community.

Paul and Eleanora Vellinga have operated Thunder Bay Meat Processing in Murillo for more than 33 years.

They've decided it's time to retire but are anxious to find someone they can help learn the intricacies of running an abattoir.

"Transitioning somebody when we are able to seemed the smarter thing....You cannot do this when you are 65 or 70 years old. It's labour-intensive and very hands-on," Eleanora Vellinga told Tbnewswatch.

She said the meat-processing business "is not everybody's thing. So you've got to have the right person who wants to do it, and you've got to learn the ropes."

People have made inquiries about the business, but so far there are no offers to purchase.

"You have to have some meat experience. Whoever runs it, operates it, if you don't understand meat you're kind of stuck," Vellinga said.

The plant is licensed by the province for the slaughter and further processing of beef, pork, lamb, mutton, goat and rabbit.

Its closure, Vellinga said, would have a "huge" impact.

Vellinga said losing the abattoir would also hurt other businesses.

"There's the producers who sell to people. Then you have the feed stores, and the people who work at these places. It's big. We're busy 12 months of the year," she said.

Oliver-Paipoonge Mayor Lucy Kloosterhuis echoed Vellinga's concerns about how the closure of the plant would reverberate throughout the community and district.

"It would be quite a blow in the area, because anyone who's got beef cattle, pigs, anything like that, would have to go to Dryden or Emo to get their meat cut," Kloosterhuis said, adding that it would also cost local jobs.

"They are a really good couple, and they add quite something to the community. Hopefully they're not leaving and are just retiring."